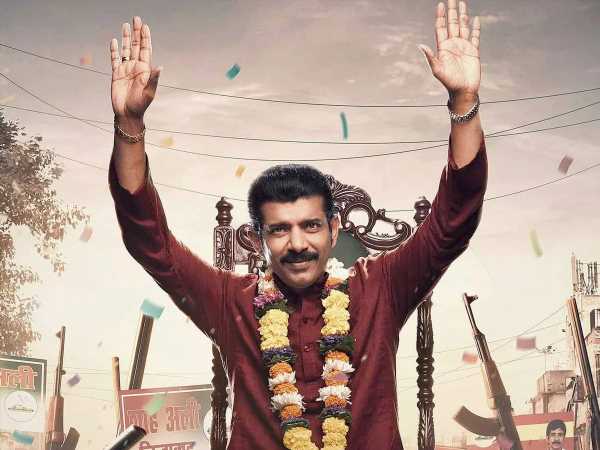 After two successful seasons, Rangbaaz is back with the third season and this time, the show revolves around the life of Bihar’s gangster-turned-politician, Harun Shah Ali Baig.

Directed by Sachin Pathak, the show — unlike most political dramas — isn’t too violent or gory.

Instead, it is a slow-burner, which focuses solely on its lead character.

While that works well for the most part, the story does get boring at times as none of the other interesting characters get too much screen time.

Harun Baig (Vineet Kumar Singh) is a small-time gangster in Bihar, who slowly rises up the ranks and enters the political scene by becoming the MP of Dhiwan.

Initially, Harun is shown as someone who is empathetic, as he helps people in need.

At the same time, he isn’t a saint or a messiah.

He is hungry for power and commits murders when people disobey him.

For the longest time, he gets away with it, but eventually, the police catches up with him and Harun lands behind bars.

Of course, not for too long.

But hereon, his political career starts going down.

As Harun tries his best to stay in power, he is put behind the bars once again and this time, even his mentor and political leader Lakhan Rai (Vijay Maurya) fails to get him out.

To make sure Dhiwan stays under his control, Harun asks his wife Sana Ali Baig (Aakansha Singh) to run for elections.

Overall, Rangbaaz 3 is an engaging watch because of Vineet Kumar Singh’s nuanced performance.

There are times when Harun is vulnerable and you feel for him, but you also despise him because he is a ruthless politician.

What’s refreshing is that there’s hardly any cussing or foul language in the show.

There’s not much action as well except for the time where Harun and his men take on the police in Dhiwan.

If you are are expecting Rangbaaz 3 to be a fast-paced political drama with a lot of action and deceit, you will be disappointed.

But if you are looking for a political drama, which is high on acting and does not glorify violence, then give this one a watch.

Apart from Vineet, none of the supporting actors get a chance to shine and that’s a let down.

Soham Majumdar, who plays Harun’s best friend Dipesh, is effective in his small appearance, as is Aakansha Singh as Sana.

While Dipesh doesn’t share the same ideology as Harun, Sana has a moral compass and keeps reminding him not to get carried away with his ambitions.

But at no point do the makers explore these relationships in depth.

Harun’s bond with Lakhan Rai is also not explored, which is why the show gets uninteresting every now and then.

Still, Vineet’s performance makes up for it.

Also, the fact that the six episodes have a runtime of about 30-minutes works well in the favour of Rangbaaz 3, making it a good weekend binge watch.