Little Ranbir Kapoor and Kareena Kapoor make an appearance with grandfather Raj Kapoor in this throwback video. Ranbir is told by his grandpa to change in something appropriate for the party as he playfully refuses. 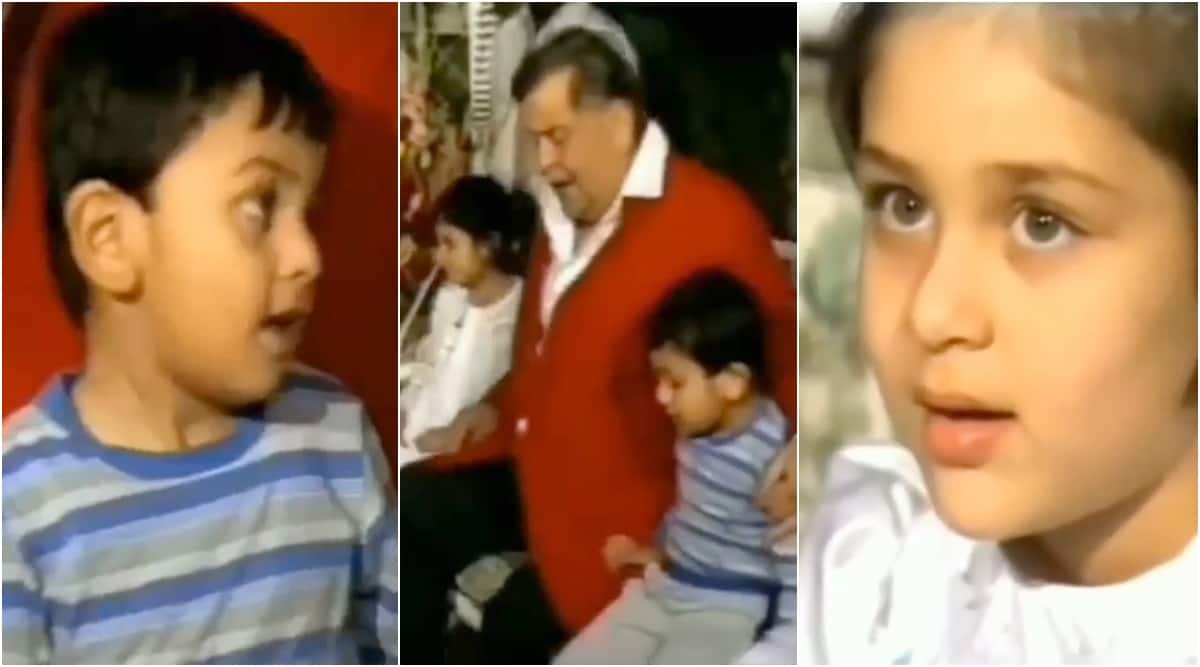 For the Kapoor clan, this might be one of the most precious throwback memories in their family album. In an old clip that has surfaced on social media, legendary filmmaker Raj Kapoor is seen pampering his grandkids Kareena Kapoor Khan, Ranbir Kapoor and Riddhima Kapoor.

In what looks like Raj Kapoor’s birthday party, his grandchildren are wishing him and playing with him, as Bollywood’s showman is lovingly calling them. While Kareena is the daughter of Raj Kapoor’s eldest son Randhir Kapoor, Ranbir and Riddhima are kids of his second son, Rishi Kapoor. They are all sitting on a swing and having a good time together.

In the video, while Kareena hugs and wishes Raj Kapoor, the patriarch is also seen telling Ranbir to go and change into clothes appropriate for a party. Little Ranbir would rather sit on the swing though. The Kapoors share some adorable moments in the video, enough to leave fans in an awe.

While Raj Kapoor passed away in 1988, Rishi Kapoor succumbed to cancer last year. Ranbir and Kareena are both active in the film industry.

On the work front, Ranbir will next be seen in the much-anticipated Ayan Mukerji directorial Brahmastra, also starring his real life girlfriend Alia Bhatt along with Amitabh Bachchan, Nagarjuna and Mouni Roy. Kareena, on the other hand will be seen in Laal Singh Chaddha opposite Aamir Khan. She gave birth to her second child, a baby boy in February this year.

Ridhima Kapoor Sahni is a jewellery designer who stayed away from pursuing a career in acting. She is married to entrepreneur Bharat Sahni.