Ranbir’s Shamshera is funny, he’s clever, observes Namrata Thakker, and he has a double role in the film!

The much-awaited trailer of Ranbir Kapoor’s first film in four years is out and though Yash Raj Films has gone all out to make Shamshera look sleek and stylish, the movie gives us major Baahubaali and Thugs of Hindostan vibes.

Set in 1871, the film is about a dacoit, who turns into a messiah for his tribe and leads them to freedom from enslavement.

Ranbir’s Shamshera is funny, he’s clever and does not fear taking on the British government.

That’s when Sona (Vaani Kapoor) enters the picture, a gorgeous dancer who has caught Shamshera’s attention.

She, however, warns him not to go against the Britishers.

As Shamshera goes about looting the wealthy and helping the poor, in comes ruthless police officer Shuddh Singh (Sanjay Dutt), who is asked to handle the situation and catch Shamshera.

From hereon, the trailer looks more like Thugs of Hindostan.

The trailer does end on a high note as we get to know that Ranbir has a double role in the movie.

Sanjay Dutt also makes a good impression, but he’s been playing antagonist in all his recent films and because of that, his character in Shamshera doesn’t take you by surprise.

Still, Dutt seems to have nailed his role to perfection and his face-off with Ranbir is something to look forward to.

Vaani makes a brief appearance and looks effortlessly beautiful, but that’s about it. Her character doesn’t have much to offer in the trailer.

Directed by Karan Malhotra and produced by Aditya Chopra, Shamshera releases in theatres on July 22. 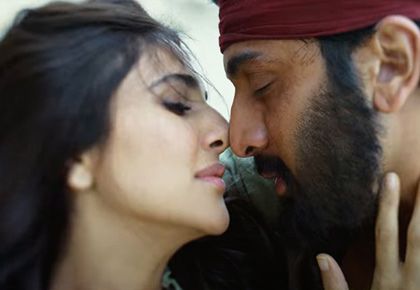