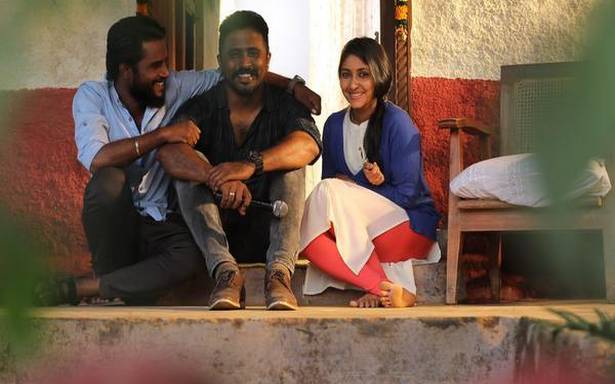 The film is a multi-starrer and is also written by the director, who is looking forward to a theatrical release

“The film talks about life. That no matter what challenges and hurdles it throws at you, you learn to pick up your sock and face it and live. That is what the title means, that you take everything with a pinch of salt. That we need to take it all in our stride,” says Jagannath.

The team has finished shoot on the film, he adds. “We started shooting in 2019 December. The film has a timeline of 12 years, as in we cover the character’s journey from their college years to the time they are working, married or settled down in life,” shares Jagan, who adds that the film is currently in the post-production stage.

The film was shot in Sakleshpur, Mangaluru, Teerthahalli and Bengaluru. Jagan, an engineering student, joined Rockline Venkatesh productions as an associate director in 2008 and has worked with all the leading stars in the Kannada film industry, in projects like Manasaare, Devaru and Lakshmi Purana.

His directorial debut is produced by him and a group of his friends under the banner called Sunday Cinemas. Jagan says that he looks ahead to a theatrical release as of now. “Now that the lockdown has lifted, we will launch the songs of the film. The film talks about relationships and has seven songs. Naveen and Archana are paired as a couple in this film.”