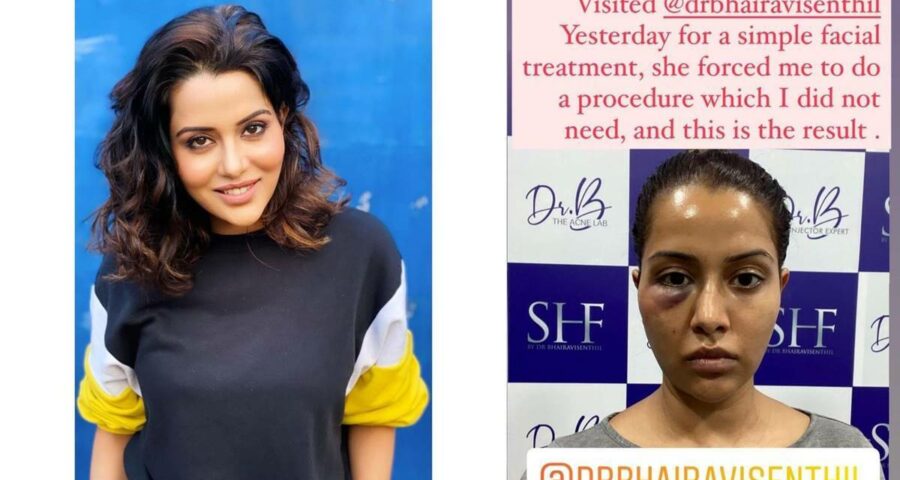 Raiza Wilson became a household name in Tamil Nadu after she entered season one of Bigg Boss Tamil as a contestant. Actor Raiza Wilson has lashed out at a dermatologist for allegedly forcing her into a facial treatment, which has visibly gone wrong. The procedure has left a huge swelling under the right eye of the actor, as per her Instagram story.

“Visited @drbhairavisenthil yesterday for a simple facial treatment, she forced me to do a procedure which I did not need, and this is the result. She refused to meet me or talk to me today. Staff said she’s out of town,” Raiza Wilson had posted on her Instagram account, along with a picture of her battered face. Dr Bhairavi Senthil who has more than 45000 followers on Instagram is yet to respond to the allegations of Raiza.

Raiza became a household name in Tamil Nadu after she entered season one of Bigg Boss Tamil as a contestant. She survived on the show for more than 60 days before she was voted out by the audience. During her stay, she had courted several controversies, mostly owing to her company in the house. At the same time, she also garnered appreciation for her good behaviour and admitting lapses in her judgement. She made her acting debut in a minor role in Dhanush’s Velaiilla Pattadhari 2. In the 2017 movie, she had played the role of a personal assistant to Kajol’s character.

She caught her first break with the 2018 romantic comedy Pyaar Prema Kaadhal. She played the female lead in the film, which was directed by Elan. She shared screen space with her Bigg Boss co-contestant Harish Kalyan in the movie. Later, she played a key role in director Bala’s Varma, which was the remake of Arjun Reddy.

She has films such as Alice, Kadhalikka Yarumillai and Hashtag Love in the pipeline.