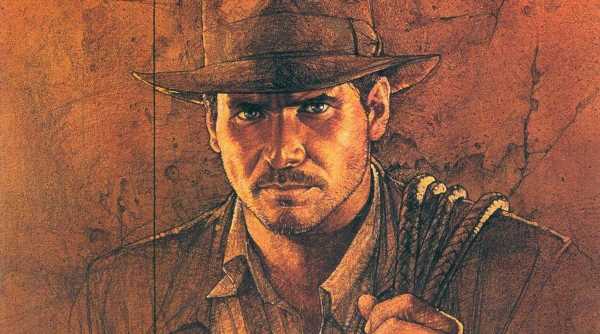 Indiana Jones is often referred to as the most popular character in the history of cinema, and it is easy to see why. Most people find it nearly impossible to resist the fedora hat-wearing adventurer's charms. Here are a few reading suggestions for Indy's fans. Indiana Jones’ fans are celebrating the 40th anniversary of Raiders of the Lost Ark, the first film in the Indiana Jones franchise. It completed four decades on June 12.

Indiana Jones is often referred to as the most popular character in the history of cinema, and it is easy to see why. Most people find it nearly impossible to resist the fedora hat-wearing adventurer’s charms.

While each of the four movies released thus far have been interesting, unique and entertaining in their own ways, as per most fans, the original is still the best in the series.

If you liked the movie (seriously, who didn’t?), here are a few books you should read to satiate your inner treasure hunter:

What could be better to start than Indiana Jones books? In case you did not know, there are both novelisations of the movies and prequel novels. While most of them are geared towards children and young adults, there are many for adults too. I recommend beginning with official novelisations.

Yes, Doyle might be most remembered for Sherlock Holmes, but he wrote more than just stories featuring the iconic consulting detective. The Lost World is his best known, non-Sherlock work. The book (not to be confused with the Jurassic Park sequel starring Jeff Goldblum) is about an expedition to a plateau in Amazon, South America, where prehistoric animals like dinosaurs still apparently survive due to the isolated nature of the region. This is a must-read for adventure fiction lovers.

The myth of ancient Atlantis has captured the imagination of humanity for thousands of years. An entire civilisation submerged beneath an ocean due to a catastrophe sounds both sad and exciting. In Cartwright’s Atlantis Stolen, the myth is not only real, but the event that caused the destruction of Atlantis is nearing, and only marine biologist Sam Reilly can prevent it.

While not exactly concerned with archaeology and tomb raiding, no list of adventure books can be complete without what many would say the most important work in the genre. The book marries High adventure and a gripping story. The writing style may feel old at times (it was written in 1880s after all), but it remains a compelling read.

The Lost City of Z by David Grann

Written by David Grann (whose Killers of the Flower Moon is being adapted by Martin Scorsese), the non-fiction book The Lost City of Z recounts the story of British explorer Percy Fawcett who disappeared along with his son in 1925 while looking for the mythical lost city in Amazon. It is absolutely gripping and basically tells readers that real-life adventurers like Fawcett were not always lucky like Indy. James Gray directed a film in 2016 starring Charlie Hunnam, Robert Pattinson, Sienna Miller, and Tom Holland, which is also a worthwhile watch.

‘A reading list’ suggests good reading material that is either related to a particular film or TV show or something that enhances the understanding of the topics, plot elements, or themes that film or TV show explores.