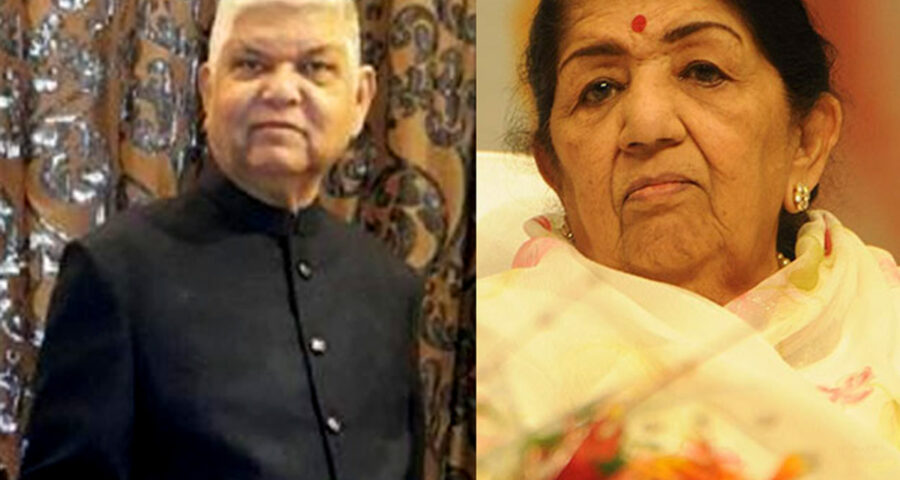 ‘His Dil deewana in Maine Pyar Kiya came to me at a time when I was thinking of retirement.’

“The world knew him as Raamlaxman. But that was not his real name,” Lataji tells Subhash K Jha. “His actual name was neither Ram nor Laxman, but Vijay, Vijay Patil.

“He was very close to us Mangeshkars, since we were Maharashtrians just like him. Jab ek bhasha, ek khana, ek rehen-sehan hota hai toh woh apnapan ho hi jaata hai (when the language, food lifestyle are identical that feeling of closeness is bound to happen).

“I remember Vijay for our gupshup as much as our recordings. He was bitingly satirical about the people he didn’t get along with.

“I looked forward to our conversations after the recordings.

“Our gossip sessions lasted for hours.

“He would tell me his jokes, I would tell him mine. It was fun,” recalls

“My songs for him in Sooraj Barjatya’s Maine Pyar Kiya and Hum…Aapke Hain Koun were blockbusters.

“In fact Dil deewana in Maine Pyar Kiya came to me at a time when I was thinking of retirement.

“Among the songs that I sang for him my favourite was Sun beliya for a film called 100 Days where I again sang for Madhuri Dixit after Hum..Aapne Hain Koun.

“It was a duet with S P Balasubramaniam and one of my favourite songs of the 1990s.

Lataji is saddened by Raamlaxman’s painful departure from the world.

“I hear he was very ill and was suffering.

“It is sad to hear of a man so full of life and humour going this way.

“My heart reaches out to his family.

“I know Vijay’s son Amar well. I wish him all success in life.”