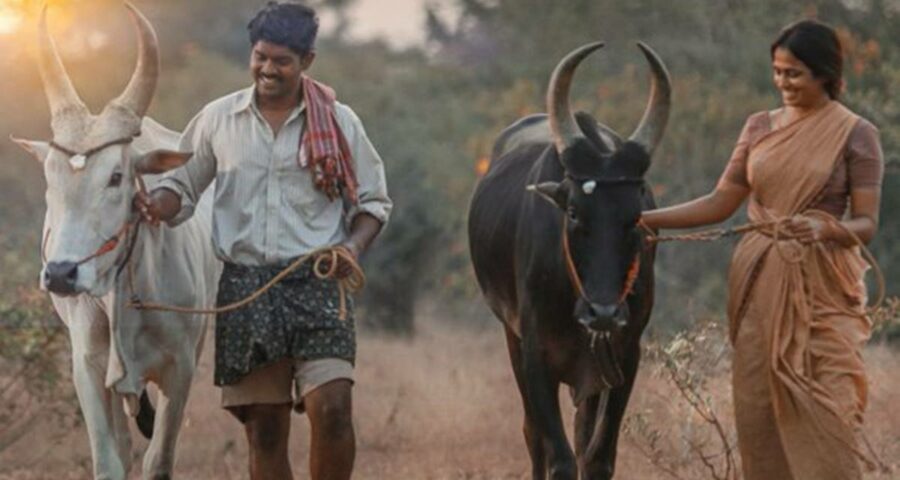 Raame Aandalum Raavane Aandalum is the first film of the four-film deal that Suriya's 2D Entertainment has signed with Amazon Prime Video. Suriya on Wednesday unveiled the trailer of his new production venture titled Raame Aandalum Raavane Aandalum. “Every film should entertain & make an impact, I believe this new team has made a strong one. Hope you like it! (sic),” he wrote while sharing the trailer.

Raame Aandalum Raavane Aandalum is the first film of the four-film deal that Suriya’s 2D Entertainment has signed with Amazon Prime Video. The film’s title is lifted from the evergreen song of the same name from Superstar Rajinikanth’s Mullum Malarum (1978). The song was the manifestation of the gigantic ego of Rajinikanth’s Kali in the movie. In the song, Kali sings he’s not bothered whether Rama or Ravana is ruling, because he is the king of his life. However, the title seems to mean something else in Suriya’s film — despite who is in power, the lives of some people will never change for the better.

Sharing the heart of Peepli Live, Raame Aandalum Raavane Aandalum seems to revolve around a media circus set in the backdrop of a controversy in a remote village. The film revolves around a married couple’s struggles to find their missing bulls, Vellaiyan and Karuppan. The trailer doesn’t tell what happened to the beloved bulls of the couple. But, it is clear that their farm animals are caught in the middle of a political game and the couple seems to be ready to go to great lengths to bring them home again.