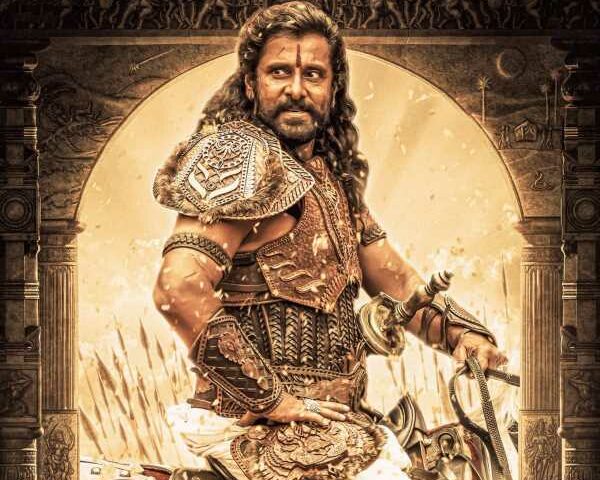 Ponniyin Selvan has everything going for it, yet, there is something missing for a wholesome film experience, observes N Sathiya Moorthy. 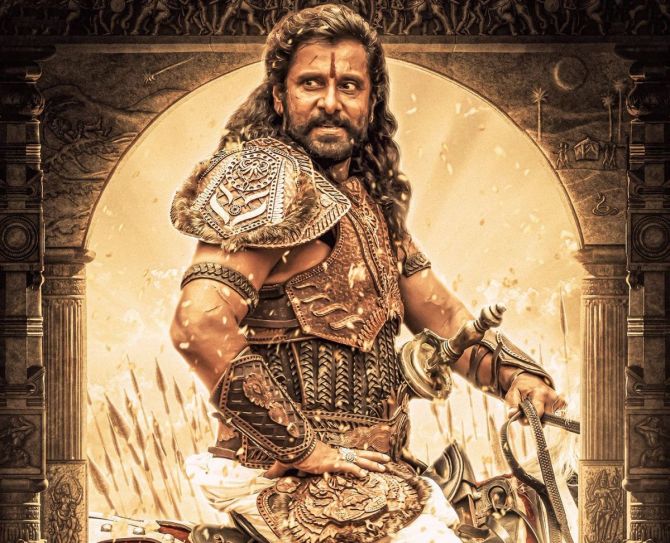 That missing something owes to the choice of the original, whose narrative is better suited for an OTT series than a two-part series, each possibly of three hours.

Compared to Ponniyin Selvan, novelist Kalki R Krishnamurthy’s yet-to-be-filmed Sivagamiyin Sapatham (‘Vow of Sivagami’) may have enough of cinematic elements in it. However, Mani Ratnam has written in the kind of missing elements in his filmi treat, which for instance, includes battle scenes and duels, which should be a part of any historical movie anywhere. There is none of it, other than in the past, in the Tamil novel, when serialised weekly, back in the mid-fifties.

As is known, the novel, and hence the film, is about the Chola clan, a take-off from the real-life story a thousand years ago, with the writer adding characters of his own.

Nandini, the unlikely antagonist played by Aishwarya Rai Bachchan, in the multi-lingual — Tamil, Hindi, Telugu, Malayalam and Kannada — is a creation of the novelist, who carries the entire story on her shoulders, with the novel/screen space shared by the equally charming and intelligent Princess Kundavai (Trisha), her elder brother Aditya Karikalan (Vikram), the tragic-hero, and their younger brother Arulmozhi Varman or Ponniyin Selvan (Jayam Ravi), whom history knows as Rajaraja Chola.

Stealing the show, still, as in the novel is another historic character, Vallavaraiyan Vandiathevan, a ‘prince without a kingdom’, as he puts it, with his charming joviality, spunky bravery and unfailing loyalty to his friend Karikalan, whose emissary he begins as. For those who have watched Karthi’s earlier Tamil films, he would have been their natural choice, too, for playing the character. The natural glint in his eyes, the under-stated chuckle ready to burst out anytime, the gift of the gab, all become the character, too.

Then there is the fall-guy, if he can be described thus, in the Cholas’ all-powerful finance minister Periya Pazhuvettarayar, whose weakness for his young wife, Nandini, shapes the story-line, and his younger brother (another of the novelist’s characters) and Thanjavur fort’s commander, Chinna Pazhuvettarayar. Tamil actors Sarathkumar and Parthiban make what could be among their career best, especially for the former, even in the short screen time available to them.

In a way, the film is woven around an ailing Sundara Chola (Prakash Raj) and an unmentioned succession battle woven around his illness, which when linked to a comet’s sudden appearance, is predicted to be fatal. Crown Prince Aditya Karikalan is away from capital Thanjavur, in none-too-distant Kanchipuram, after winning his northern battles, but refuses to return home, to be ready to takeover, because of his intense hatred for and fear of Nandini, his erstwhile childhood sweetheart.

Karikalan’s younger brother Arulmozhi Varman is in distant Sri Lanka, fighting his wars and registering victories, yet refusing the crown that the local Buddhist monks offer him — only because he as a loyal son and soldier of his emperor-father had executed the job assigned to him — which did not include his accepting the kingdom.

Arulmozhi’s loving sister Kundavai, who is the self-appointed guardian angel of the Chola clan, asks him to return home, to shore up the king’s defences, against what turns out to be Nandini’s machinations to restore the kingdom to a relatively young Maduranthakan (Rehman), a cousin of the ailing emperor, the otherwise ‘rightful claimant’.

The issue is not about the claimant and the rightfulness of his claim — which no one contests, to be fair — but about Nandini weaving the web, carefully and at times gleefully, to take revenge on Aditya Karikalan for ditching her, but more so for beheading his fallen Pandya rival, Veerapandiyan (Nasser), despite her falling at his feet to save the latter, who we are left to assume is her lover/husband.

Into this web, Nandini ropes in an unsuspecting Periya Pazhuvettarayar, who plays her game masterly, believing that he is the author of her contrivances — or at least presents them as his to the empire’s vassal-kings and obtains their endorsement to even fight a rightful war in Maduranthakan’s name.

Aiding and abetting with Nandini in all her schemes from outside is the clan of bodyguards of the late Pandya, who have vowed to restore their annexed kingdom to a child-prince that they have hidden from the outside world — after destroying the Chola kingdom and clan, under her guidance and guardianship.

The screenplay, by Mani Ratnam and Elango Kumaravel, deriving from a stage version of Kalki’s novel that Kumaravel penned and performed as far back as 1999 and later in 2014, delineates the characters effectively.

To begin with, it has set its priorities right, compared to Kalki’s narrative style, which is the story, retold. Hence, the film begins by showing an ailing Sundara Cholan and moves on to Kanchipuram and Sri Lanka, where the other protagonists are located.

Veteran Tamil author and film-writer Jayamohan’s dialogues are crisp, sharp and made-to-order in true Mani Ratnam style. Yet, the low tone and slow pace of delivery, another Mani trademark, might have been a part-spoiler.

The other is the film-maker’s penchant for being authentic to the original, as happened to his Iruvar (1997), which incidentally was Aishwarya Rai Bachchan’s maiden film venture. In Iruvar, there was the loose-end story of antagonist politician’s second family, which was a give-away to denials that the film was based on the MGR-Karunanidhi political duel from the past.

In Ponniyin Selvan, likewise, there are lesser characters from Kalki’s novel whose presence cannot be explained or even justified in a tight script.

There is still the singular exception of Azhvaarkadiyan Nambi, the loyal Chola prime minister’s unsuspecting spy, played by Malayalam actor Jayaram. Even he would not have been missed in the silver-screen version, while his time-space has been naturally compressed despite the character’s usefulness, as a spy masking himself as a jester, as much on screen as penned in by Kalki.

Oscar winner A R Rahman’s background score is apt and elevates the film’s ambience and atmosphere. Yet, his preference for authenticity in period music and accompanying lyrics for the song sequences take away the mystique of the Mani Ratnam-A R Rahman combo from their first joint outing in Roja (1992), which also marked the composer’s first film outing. The non-tappable tunes do not have as much recall value, which in their time had brought in repeat audiences to the cinema halls in their combined past.

Like with Mani’s other movies, camera work, this one by Ravi Varman, captures every nook of Thotta Tharani’s period sets, which look every bit authentic, yet close-up shots take the pep and verve out of war-scenes, and the stick and sword duels — which are all a part of a historical.

The sad part of Mani Ratnam’s exceptional success with story-telling and screenplay is when one considers the closing sequence of PS-1, which is out in the open in its novel form, thus denying his own ‘Kattappa moment’.

The film ends in the stormy seas in which both Arulmozhi Varman and Vandiathevan are thrown overboard, with Kalki’s powerful character of a boat-woman, Poonguzhali (Aishwarya Lekshmi) and an old woman following, as if to save the other two from sure-death.

It does not require a clairvoyant to conclude that the women would be successful in their mission, as that part of the story is out in the open, thus robbing it of its the charm and suspense.

The fact that the old woman’s face resembles that of Nandini tells the rest of the story for those viewers who have not read the book or its quick-fix translations in other Indian languages.

And that is the challenge that Mani Ratnam & Co have to overcome, when they package and present the concluding Part-2, tentatively fixed for release next year.