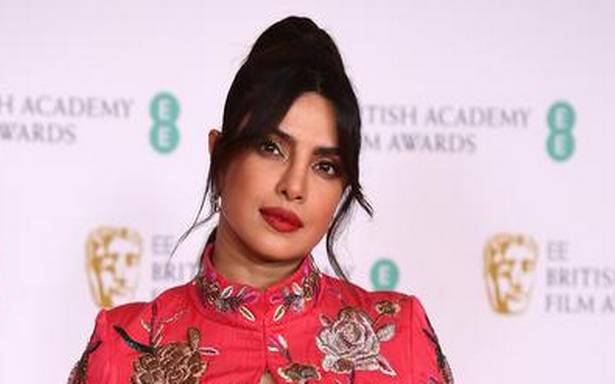 Several personalities have signed an open letter by the UNICEF, asking G7 countries to donate 20 per cent of their vaccines to countries which need it urgently

Personalities including actors Priyanka Chopra Jonas, Olivia Colman, Liam Neeson and singer Katy Perry have signed an open letter by the UNICEF, asking G7 countries to donate 20 per cent of their vaccines to countries which need it urgently.

The letter, shared on UNICEF’s website, stated that the upcoming G7 Summit will be a vital opportunity to ensure that vaccines are able to reach the “vulnerable populations” across the world.

The three-day summit, scheduled to be held from June 11 to 13 in Cornwall, UK, will cover a range of issues, with a particular focus on how the group can lead the global recovery from coronavirus.

It is the first time the G7 leaders are meeting since the pandemic set in.

“The pandemic will not be over anywhere until it is over everywhere, and that means getting vaccines to every country, as quickly and equitably as possible.

“This weekend’s G7 Summit is a vital opportunity for you to agree the actions that will get vaccines where they are most needed, fast,” the letter read.

According to the statement, the United Nations Children’s Fund (UNICEF) is delivering vaccines on behalf of COVAX, the international vaccine equity initiative, but right now, “COVAX is 190 million doses short of where it needs to be.” “Some countries have committed to donating vaccines later this year, but doses are needed now. UNICEF analysis shows that G7 countries will soon have enough doses to donate 20 per cent of their vaccines between June and August – over 150 million doses – without significant delay to current plans to vaccinate their adult populations.

“We’re asking you to make these urgent donations by August and to set out a roadmap to scale up donations as supplies increase,” the letter read.

Earlier, over 200 world leaders, including former presidents, prime ministers and ministers backed a campaign urging the Group of Seven (G7) rich nations to help vaccinate the world’s poorest from low-income economies against COVID-19 by paying two-thirds of an estimated USD 66 billion required.

India has been invited as a guest country to the three-day event and Prime Minister Narendra Modi is expected to join discussions on health and climate change virtually.

The coronavirus has claimed over 3,730,500 lives, along with more than 173,360,900 cases of confirmed infections across the world, according to Johns Hopkins University COVID-19 tracker.