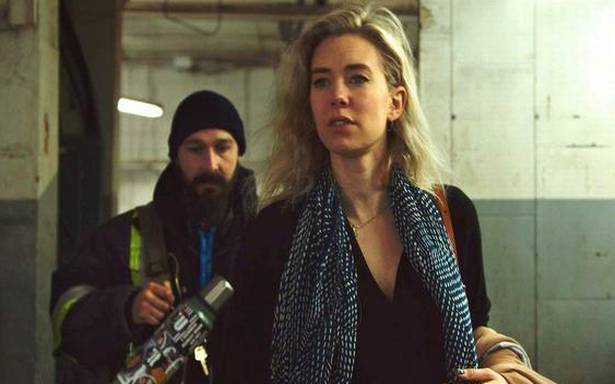 Vanessa Kirby gives a devastating performance as a woman whose life and marriage is in turmoil, while coping with an unexpected loss

Sean Carson, a construction worker, is eager to complete the work on the bridge he is involved in. Martha Weiss is an executive and can’t wait to escape the party her colleagues have thrown her. Together, they are expecting the birth of their first baby girl.

For Sean, played by Shia LaBeouf, the urgency to finish the bridge is driven by his desire to make sure his daughter is the first person to cross it. Sean is a former addict but his intentions are rather simple and straightforward; so much so that he seldom feels the need to hide them from others. He nudges his co-workers to speed up the work citing the promise he’s made his daughter.

In stark contrast, Sean’s partner Martha, played by Vanessa Kirby, responds perfunctorily to her colleagues’ questions about her pregnancy. A woman of layers, Martha’s world is not as unsophisticated as Sean’s. In her pursuit to accord maximum authority to the baby, Martha has opted for home labour instead of going to a hospital so that ‘her baby gets to choose when she wants to come.’

These portions, presented as brief scenes filmed in long takes, fade in comparison to the prolonged sequence depicting Martha’s labour proceedings. The 24-minute long sequence, appearing as a single shot, plays out like a symphony between the actors and the camera. The camera glides and swivels, inside rooms and across people, resembling a ball dance. And as the visuals become occasionally gruesome, the proceedings even exhibit flashes of a thriller.

Pieces of a Woman

Soon the dust settles, and the narrative comes into its own: a drama about trauma and coping. It showcases a tragedy and the effects it can have on the people who underwent it collectively. It also traces the diverse paths these people take in their pursuit of closure, bringing to the fore their contrasting character traits yet again.

Sean has come to terms with the tragedy and is now out seeking answers from others, but to no avail. He grows frustrated and relapses. However, Martha, waging a personal battle, is confident that the solution to her problems has to come from within. Despite their best intentions, their lives have taken such varied trajectories, such that their best efforts have ceased to be enough for each other.

Kirby, who won a Volpi Cup at the Venice Film Festival for the film, gives a devastating and fully realised performance as a woman whose life and marriage is in turmoil after dealing with an unexpected loss. The supporting cast, including Shia LaBeouf and Ellen Burstyn, complement her beautifully.

Ultimately, Pieces of a Woman serves as a reminder that oftentimes, closure may hold different meanings for different people – partner, family and society. And it may come in different forms.

Pieces of a Woman is currently streaming on Netflix