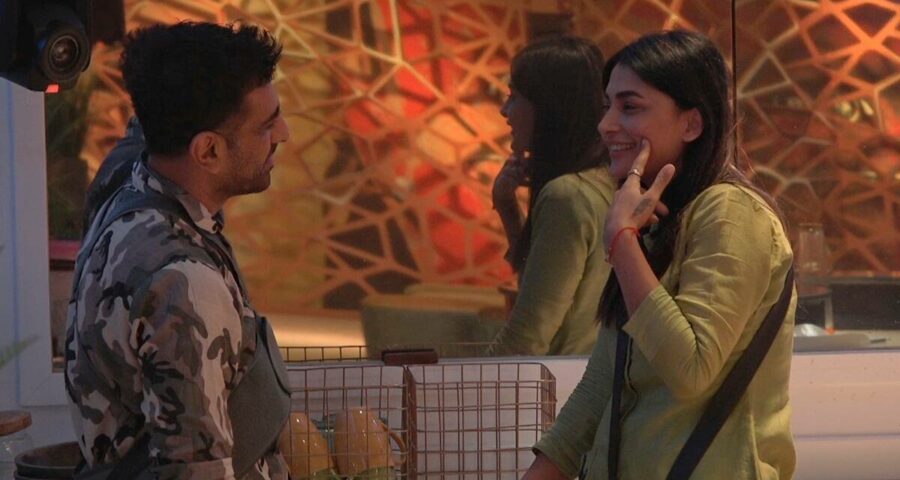 During the Weekend Ka Vaar, Eijaz Khan confessed to special guest Sunny Leone, that he was terribly missing Pavitra Punia and was falling in love with her. Actor and Bigg Boss 14 contestant Pavitra Punia on Sunday took to Twitter and called out all those targeting her after Eijaz confessed his love for her on the Weekend Ka Vaar episode.

Pavitra tweeted, “For everyone out here with polished words to pass on ME and #lioneijaz. You may find another door to knock at. Indeed these silly cheap comments & trolling won’t work here & OUR UNDERSTANDING haha NOT A EASY thing to understand. So on a kindest note STAY AWAY FROM #PAVIJAZ !!!”

Eijaz and Pavitra entered the Bigg Boss 14 house as opponents. Despite fights, the two developed a strong bond and fondness for each other. From the Disco Task to Eijaz destroying his pets’ picture to save Pavitra, the two gave ample emotional and romantic moments to the audience. While we saw how Pavitra cared for Eijaz’s health and food, Eijaz, on his part, told her that he would take her to meet his father too. Pavitra’s eviction also left Eijaz heartbroken.

During the Weekend Ka Vaar, Eijaz Khan confessed to special guest Sunny Leone that he was missing Pavitra Punia. He added that he was falling in love with her, and his feelings won’t change even when he exits the Bigg Boss 14 house.

He said, “Kuch bhi ho jaaye bahar, main ready hoon… Hi Pavi. Tujhe bahut miss kar raha hoon. Din-ba-din mujhe aisa lag raha hai ki mujhe pyar sa ho raha hai. Love bahut loaded word hai. Dil karta hai bahar aake tujhse milun, lekin yahan bhi datt ke rehna hai aur jeetna hai. I hope you are waiting for me. Maar daalunga nahi toh! I think I love Pavitra. (I’m ready for anything. I miss you Pavitra. Every day I feel like falling in love with you. Love is a loaded word. I wish to meet you once I’m out, but I also need to fight here and win it. I hope you are waiting for me, or else I’ll kill you! I think I love Pavitra.)”

Post Eijaz Khan’s confession, many on social media began questioning the authenticity of his love for Pavitra Punia. Some even called it a publicity stunt.

Post her eviction, Pavitra had told indianexpress.com, “My attachment to Eijaz is for real and I think those feelings will stay. It was completely genuine, and I am sure he too felt the same way for me. The show is such that sometimes you can’t read each other’s thoughts, and tend to fight. However, that doesn’t mean that viewers should get judgmental and call it fake. You get to only see a bit. We spent 24 hours together in the house. And trust me, none of us tried to use or even interfered in each other’s game. We both knew that housemates want us out of the game, and so we kind of stuck to each other as support.”