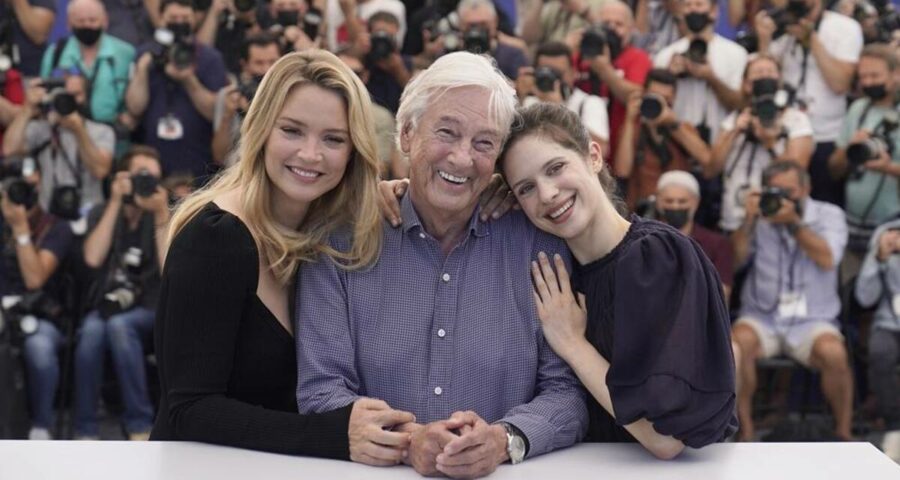 An entertaining riot of eroticism, violence, Catholicism and plague, Paul Verhoeven’s Benedetta has been both dismissed as “nun-sploitation” and hailed as “a good old fashioned art-house costume shagathon.” The veteran provocateur Paul Verhoeven premiered his lesbian nun drama Benedetta at the Cannes Film Festival with a solemn vow to resurrect sexuality in movies.

Benedetta predictably stirred the French Riviera festival over the weekend. In it, the Belgian actor Virginie Efira stars as Benedetta Carlini, a 17th-century French nun who communicates directly with Jesus and who falls in love with a farm girl saved by the convent (Daphné Patakia). An entertaining riot of eroticism, violence, Catholicism and plague, Verhoeven’s movie has been both dismissed as “nun-sploitation” and hailed as “a good old fashioned art-house costume shagathon.”

Cannes, where movies like Taxi Driver and Blue Is the Warmest Color have made controversial premieres, loves a jolt of violence or a splash of sex. The arrival of Benedetta has sent nun puns flying around the Croisette.

“When people have sex, they take their clothes off,” Verhoeven said Saturday. “I’m stunned, basically, how we don’t want to look at the reality of life. This purity that has been introduced is, in my opinion, wrong.”

Verhoeven, the 82-year-old director of Basic Instinct and Showgirls, found an art house comeback in the acclaimed 2016 French-language thriller Elle. He has long advocated for sexuality as part of nature, and thus of cinema too.

“People are interested in sexuality,” said Efira. “There aren’t that many directors who know how to film it. But Paul Verhoeven, since the very beginning, is someone who has dealt with this major topic in an amazing way. Nudity is of no interest when it’s not depicted in a beautiful way. That’s not what Paul does. Everything was very joyful when we stripped off our clothes.”

Written by Verhoeven and Elle collaborator David Birke, Benedetta is inspired by Judith C. Brown’s non-fiction book “Immodest Acts: The Life of a Lesbian Nun in Renaissance Italy.” Carlini was a real 17th-century abbess who was tried and imprisoned in the early 1600s for her claims of mystical visions.

Verhoeven strongly disagreed that anything about his film could be labeled “blasphemous.”

“It’s true, mostly. I mean, of course we changed a little bit, but it’s (a true story),” said Verhoeven. “You can talk about what was wrong or not, but you cannot change history.”

“So,” he added,” “I think the word blasphemy for me in this case is stupid.”

Instead, Verhoeven sees Benedetta, which IFC Films has acquired to release in North America, as a progressive film.

“We see what’s happened in 1625, how people — our people, the Western European people — how they were thinking about a lesbian love story and where we are now, isn’t it?” said Verhoeven. “We’re probably not completely there, but I think we have made a lot of progress. And I saw the differences between then and now was also a reason to do the movie.”