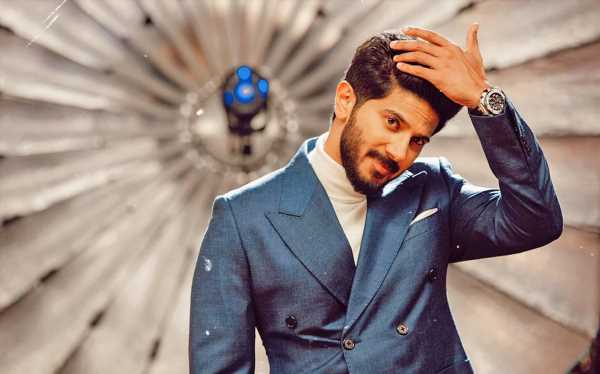 ‘There is no way they would accept any repetition from us.’
‘The audience constantly needs to be surprised, and I need to surprise myself too.’

Dulquer Salmaan‘s new film Sita Ramam has emerged a success, and is enjoying its space in the period romance genre.

Dulquer discusses his film with Subhash K Jha and says, “I felt it was a pure vintage romance, something I hadn’t done before.”

Sita Ramam is your most conventional film to date.

It has been a while since I did something like that.

When I heard the script, I loved it.

I felt it was a pure vintage romance, something I hadn’t done before.

As I heard the narration, I couldn’t tell where it was going.

I loved the period flavour, music, the conflict… You shot Sita Ramam through the pandemic.

We shot the Kashmir portions in March 2021.

After that, our entire schedule got pushed to November.

It was excruciating, but all of us believed in it.

I wouldn’t have done it if I didn’t believe in it.

It’s amazing how boyish you look in the film when you are actually 36.

I know. But I am ready to play my age now.

I have occupied that boy zone for 10 years now.

I feel I need to man up now. You did a goofy love story recently, Hey Sinamika. What did you think of it?

(Laughs) I did it for the director.

This was choreographer Brinda’s directorial debut and I simply had to be part of it.

She has made a large contribution to my career.

My image as a romantic hero owes a lot to her dance steps.

Besides, I liked my character. He was unlike anything I had done before.

Your choice of roles is fascinating, including Kurup, where you played a real-life conman.

I had some issues too.

But my director Srinath Rajendran was attempting a big film, and that too after a long gap.

I enjoyed the role.

I feel actors of my generation need to put our necks out. If we keep doing the same thing, the audience will get bored. In no other part of India are actors doing such original and path-breaking work as in Malayalam cinema.

I think it is our audience that keeps us on our toes.

There is no way they would accept any repetition from us.

The audience constantly needs to be surprised, and I need to surprise myself too.

All actors of my generation in Malayalam cinema are doing interesting work.

We have no choice. None of us can rest on our laurels.

Floods and landslides are common in certain parts of Kerala.

It is important for us to make and be in films that are rooted to reality. You did four films during the last two years — Kurup, Hey Sinamika, Salute and Sita Ramam. You have R Balki’s Chup coming up. What is your criteria for selection of roles?

If it is something that feels done, I will not be drawn to it.

As an actor, I give more importance to the script than my role.

I have reached a stage where I want to challenge myself more.

I avoid remakes and sequels and anything unoriginal which I may accidentally end up doing if it comes from cinema I am not familiar with.

I don’t want to wake up and not look forward to my work.

Now there is so much variety in the choice of roles.

I am working in Malayalam, Telugu and Hindi.

I had earlier done Mahaniti in Telugu with the same producers.

Your Hindi films have not worked out. Will Chup work out?

I hope so. It is very different from anything attempted before.

I wonder how or why he thought of me for this film.

Shooting with Balki is fun.

He is not worried about what works and what doesn’t.

Chup is deeply affiliated to the cinema of Guru Dutt. Were you familiar with Guru Dutt?

I learnt about Guru Dutt while shooting Chup.

I was familiar with the music of Guru Dutt and knew about him. But thanks to this film, I got my first genuine exposure to his genius.

I am grateful for that.

Today, cinema that breaks boundaries and rules is happening.

When I was growing up in the 1980s, I was exposed to my father’s cinema. Yes, the great Mammootty. Even he took a lot of risks in his career.

Absolutely. They wouldn’t allow him to do only conventional roles.

In Kerala, actors’s careers are moulded according to the audiences’s expectations.

The more they expect, the harder we push the envelope.

Do you take your father’s advice on scripts?

It is very difficult.

Narrations take time. To then find the time to discuss it…

But nowadays, we do exchange ideas, although we are both busy — he more than me.

We are such different actors, so there is so much share.

Neither you nor your father has ever been scared of failing.

We are all scared. But taking risks comes naturally to us.

Did you think Sita Ramam would be a success?

In my head, I felt we were creating an epic.

During the narration, I could feel how beautiful it would be, but I didn’t expect this kind of acceptance.

I thought a love story like this would perhaps work on a smaller budget but I am glad we struck to our vision.

Mrunal Thakur brought in a freshness to the love story.

When you are doing a romance, the element of freshness is most important.