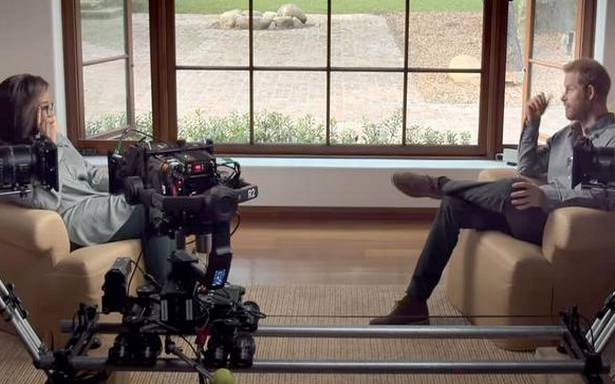 Apple TV+ announced that it will release on Friday ‘The Me You Can’t See: A Path Forward’

Oprah Winfrey and Prince Harry are continuing their mental health series with a virtual town hall featuring Lady Gaga, Glenn Close and others.

Apple TV+ announced Wednesday that it will release on Friday “The Me You Can’t See: A Path Forward.” The free town hall arrives a week after the mental health series co-created by Winfrey and the Duke of Sussex, “The Me You Can’t See,” was released on the streaming platform.

The series features a mix of stories of celebrities and everyday people and their mental health struggles and breakthroughs. In one episode, Gaga revealed the trauma of a rape she said left her pregnant at age 19.

Harry discussed his own anxiety, therapy and coping techniques for the series, which debuted last week. The duke and his wife Meghan are living in California while they await the birth of their second child.

Harry told The Associated Press he felt compelled to discuss his struggles in the hopes it will help other people. “I see it as a responsibility. I don’t find it hard to open up,” he told the AP last week. “Knowing the impacts and the positive reaction that it has for so many people that also suffer, I do believe it’s a responsibility.” Other notable participants include NBA players DeMar DeRozan and Langston Galloway, boxer Virginia “Ginny” Fuchs, and celebrity chef Rashad Armstead.