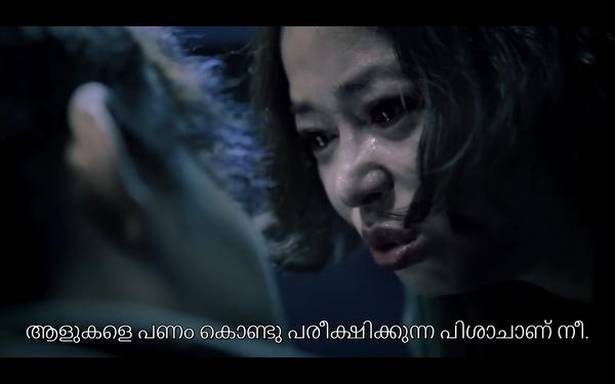 MSone, a voluntary online group of film enthusiasts, has been facilitating subtitles in Malayalam for the past eight years

“MSone was born out of a desire to make world cinema accessible to everybody. Language should not be a barrier for someone to miss out on a film, whether it is classic or not,” says Sreejith Parippayi, one of the founders. Ever since its inception in late 2013, MSone has posted Malayalam subtitles of 4,000-plus catalogue of films and series.

A discussion among film enthusiasts on Cinema Paradiso Club (CPC), an influential Facebook community dedicated to cinema, about an article on subtitling, led to the formation of MSone, with Iranian filmmaker Majid Majidi’s Children of Heaven being its first, successful project with Malayalam subtitles.

It [with subtitles] was then uploaded on the CPC page. The response was enthusiastic, which led to other films such as Inception, Psycho, and Korean filmmaker Kim Ki-duk’s films. Initially, subtitles were published on opensubtitles.org, now they have their own server (www.malayalamsubtitles.org).

When they uploaded titles, members of the group started voluntarily sending in subtitles. “Our initial subtitles were not entirely error-free. Mistakes would inevitably creep in, but now we have strict ‘quality control’ where a verification team checks for accuracy and spelling errors,” says Sreejith, a Bengaluru-based engineer. Today, the contributors come from the group’s 55,700-odd members.

For now they are not looking at closed captioning as the contributors are not professionals. “It is dedicated work, which our contributors might not be able to do. Only a couple of films have closed captions. However, we are concentrating on closed captions for a few classic Malayalam films such as Manichithrathazhu, Akashadoothu, Oru Maravathoor Kanavu, Valsalyam, Piravi and Kummaty,” he says

There is a two-step vetting process in place: every new contributor is asked to send in 50 lines of subtitling following which, if they are okayed, then a reviewer [from the MSone team] watches the film with the subtitles. The verification team has around 30 members, besides the group’s admin comprising 15 people. “We don’t reject contributions outright, we send our feedback and ask for a rework. If they are still interested they get back,” he says.

Malayalam subtitle of the ‘of all the gin joints in all the towns in all the world…’ line from ‘Casablanca’ | Photo Credit: SPECIAL ARRANGEMENT

The officebearers and contributors are a criss-cross of IT professionals, teachers, students, government employees from across the world, “We have been doing this for the last eight years, but most of us haven’t met each other even once, since all of us live in different parts of the world,” Sreejith says.

That is not it. When the website was launched, one of its goals was to take classic films to a wider audience. But now, the team is open to all kinds of cinema. However they do, occasionally, have events such as ‘Classic June’ when they recommended a series of classic films for members to watch.

The last one year saw a surge in collaborations, thanks to the pandemic. But that has tapered now since offices have reopened. MSone uploads at least one title per day, although monthly submissions go up to at least 100 — out of which the best ones are picked. The link to subtitles is shared on Facebook with a synopsis in Malayalam and a poster of the film [in Malayalam] designed in-house to make it visually appealing.

“Malayalam computing is easy these days, Windows supports it. If you have a good smartphone, subtitling can be easily done. Plus we offer tips on how to go about it on our website. When we started, in 2013, technology vis a vis Malayalam wasn’t advanced, yet we did it on our mobile phones,” he says.

They also do subtitling for Indian films too in Malayalam. “Recently, we had a submission for an Assamese film. We want to create a repository of good films and by that, we don’t want to judge films. We want to popularise good cinema.”