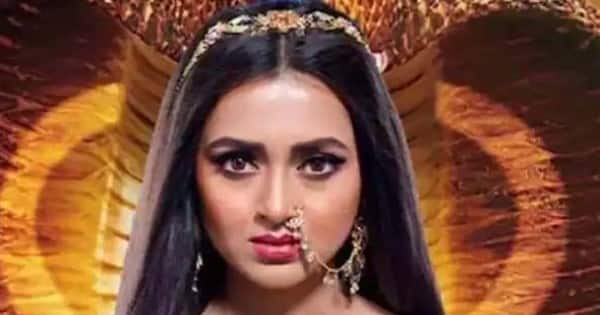 Popular telly actress Tejasswi Prakash is currently seen playing the lead role of naagin in Ekta Kapoor’s supernatural show Naagin 6. The actress recently spoke about her fit look and revealed that the Bigg Boss show helped her in losing weight. Actress Tejasswi is happy with her fit look and says that her weight loss has helped her look attractive.

In an interview with ETimes, Tejasswi said, “With the kind of things that happened to me in the house, I was not able to eat well. I lost a lot of weight in the house and then I got an offer for Naagin. One of the most important things on the show is that the naagin should look desirable and fitter. I am glad that I could pull off the look because I lost weight and people are loving my glam quotient in the show.”

Tejasswi is in a happy relationship with Karan Kundrra and they are inseparable. The actress spoke about the constant attention they are getting and said that they are overwhelmed. Tejasswi said that she is glad that people love them as a couple and said that they feel blessed to receive so much attention and love from the people.

On the work front, Tejasswi is seen playing the role of Pratha, a Sharva Shresth naagin in Naagin 6.