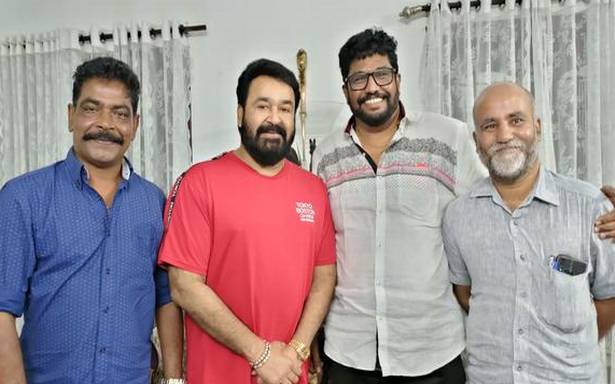 The Malayalam actor is also gearing up for his directorial debut ‘Barroz,’ billed as a big scale 3D-fantasy project

Mohanlal on Wednesday announced he is set to reunite with filmmaker Shaji Kailas for his next film, 12 years after they last worked together.

The untitled film will be produced by Antony Perumbavoor and is scheduled to begin in October.

The duo last worked in the 2009 crime thriller “Red Chillies”.

“It’s with great excitement and happiness that I announce my next project with #ShajiKailas which starts rolling in Oct 2021. This film scripted by Rajesh Jayram and produced by @antonypbvrunder the banner of Aashirvad Cinemas. Has me and Shaji getting together after 12 long years,” Mohanlal, 61, tweeted.

Mohanlal, who was seen earlier this year in “Drishyam 2”, has a packed slate of films, including “Aaraattu”, Jeethu Joseph’s “Ram” and “Bro Dady”, directed by actor Prithviraj Sukumaran.

Mohanlal is also gearing up for his directorial debut “Barroz”, billed as a big scale 3D-fantasy project.