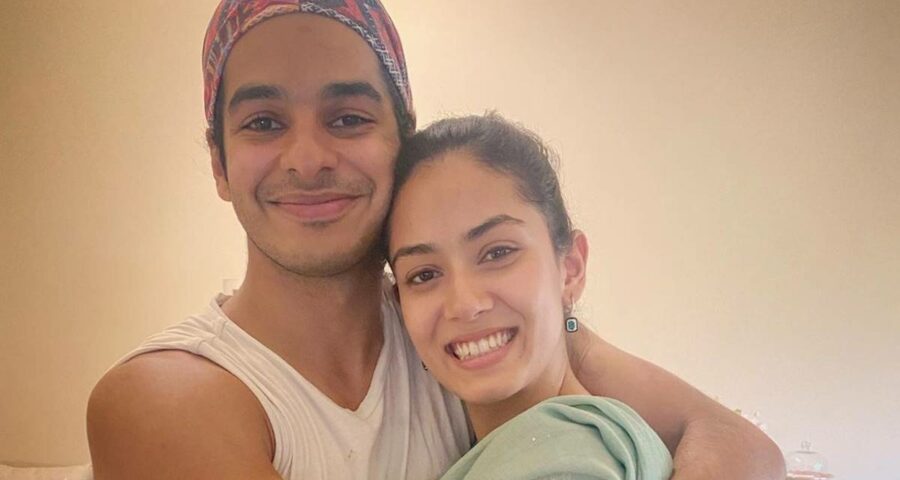 Ishaan Khatter hosted an Ask Me Anything session on Instagram, which received a question from Shahid Kapoor's wife Mira Kapoor. Ishaan Khatter on Sunday treated his fans to an Ask Me Anything session. While many of his admirers flooded him with questions, he stopped for a second to reply to his family member Mira Rajput, who also had sent him a question. Mira asked brother-in-law Ishaan “Who’s your favourite.”

Ishaan first apologized to his fans and wrote “Sorry guys have to deviate to reply to family for a minute.” He shared a beautiful picture of Mira and replied, “Mira, the answer is ‘Vivaan’ and Vibba di” to which Mira reacted with “Haldi wohtaah.” Mira and Ishaan share an adorable relationship, and their fans have often got a sneak-peek of it. Last week, Mira shared a picture that had her hugging Ishaan. While Mira tagged the picture as her “playgroup”, Ishaan commented, “Bhaabhidoll.” Ishaan is also Mira’s workout buddy. Sharing a picture of herself with Ishaan and Shahid Kapoor, Mira shared that the trio for her is the “Dream Team.” Ishaan’s AMA also mentioned Ananya Panday. When a fan asked, “Who is your favourite person to do Yoga with,” Ishaan replied “This lil elf” and shared Ananya’s cute picture from her childhood. He also mentioned that the post is a “paid promotion” by the actor herself.

Ishaan and Ananya, who shared the screen space in Khaali Peeli, are rumoured to be dating. The two were also seen spending time together in Maldives earlier this year.

On the work front, Ishaan has Phone Bhoot to his credit in which he will be seen sharing the screen space with Siddhanth Chaturvedi and Katrina Kaif.