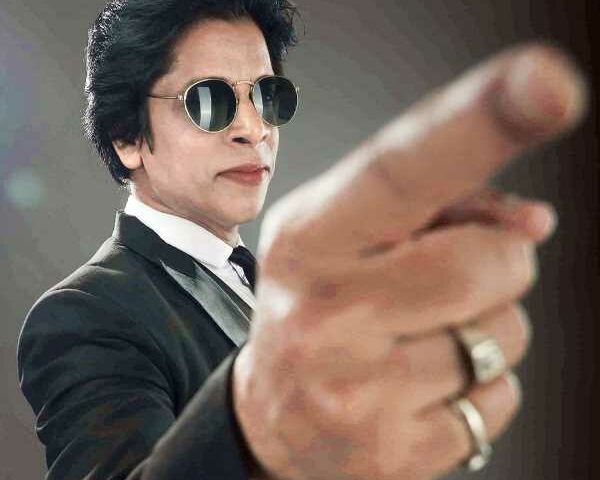 At a time when several actors fail to leave a mark with their originality and ingeniousness, Prashant Walde has made a living working as Shah Rukh Khan’s doppelgänger for 15 long years in Bollywood.

A journey that started with Om Shanti Om in 2007 has now seen the addition of several new blockbusters such as Don 2 and Chennai Express, along with so many television commercials.

“Shah Rukh sir has never made me feel like that I am a nobody. Whatever I am today is because of him. He is my identity,” Prashant proudly tells Rediff.com Contributor Mohnish Singh.

Tell us about your journey as Shah Rukh Khan’s look-alike.

It has been almost 15 years since I have been working with Shah Rukh Khan as his body double or duplicate.

Before starting my career as his look-alike, I was a choreographer.

I came to Mumbai from Nagpur to become a choreographer in Hindi movies in 2007.

I have been a huge fan of Shah Rukh Khan as long as I can remember.

I went through several ups and downs in life after I started working with him.

It was a very interesting field and I got addicted to it.

Of course, there have been days when I had nothing to eat, no place to sleep. But I enjoyed it.

Ever since landing in Mumbai, I have worked on almost all big films of Shah Rukh Khan.

I would get my own vanity and personal room on the set, but instead of resting there, I would observe and try to learn things.

I was interested in lighting, camera angles, acting, shot division…

Shah Rukh sir likes me a lot. He calls me ‘beta‘.

Whenever I am with him on the set, he will ask me how I am, is everything is fine at home…

Shah Rukh sir treats everyone very well. He once invited my family and treated us like his own family members.

He has never made me feel like that I am a nobody.

Whatever I am today is because of him.

He is my identity.

When did you first meet him?

I first met him on the sets of Om Shanti Om.

It was the first time when I saw him in real life.

I went and touched his feet.

I told him that I was a choreographer.

He started laughing and looked at Farah Khan and said, ‘He is from your department’.

I think something clicked between us in that very first meeting and he started giving me work himself.

I have done almost 400 advertisements with him so far, along with 15-20 films. Do you remember the first pay cheque as Shah Rukh Khan’s body double?

I went to the sets of Om Shanti Om through a coordinator.

But I got Rs 2,000 only for two days, and the rest went into the coordinator’s pocket.

Still, I was on cloud nine. I did not complain.

I was happy to meet my inspiration.

Money was the last thing on my mind. How did his wife Gauri react when she saw you for the first time?

I worked on Fan for 60 days; I was playing his lookalike Gaurav Chandna.

There is this gentleman in Yash Raj Studios called Abdulbhai. He deals with booking of artists for shoots.

He once told me that Shah Rukh sir was telling him that madam was praising you a lot.

I was on cloud nine.

I am content with what this life has given me. I have earned respect and that holds more importance for me that riches. How was your life before gaining recognition as Shah Rukh Khan’s look-alike?

Not a single person in my family has anything to do with films.

My father was a doctor.

My older brother is an engineer.

I had studied engineering too.

I believe it was written in my destiny that I do something in this field and become an artist.

Since I was a choreographer, I used to run a dance institute called Dynamic Dance Academy in Nagpur.

After the event, people would approach me for pictures and autographs.

I used to enjoy this attention.

At that time, I did not know what a look-like or duplicate is.

I bought hundreds of CDs of Shah Rukh Khan’s films and songs.

I practised and tried to imitate his famous dialogues and dance moves.

I had no idea if my efforts would ever bear any fruit but I still continued.

My son was only three months then.

I told my wife, ‘Let me try my luck once and if I don’t succeed, I’ll do whatever you want.’

She eventually relented and gave me Rs 1,200 for my journey.

How did Mumbai treat you on your arrival?

I landed a Kurkure ad after coming to the city.

After that, I was called for Om Shanti Om‘s audition.

Since then, I have always been with Shah Rukh.

Everything that I know today about acting, I have learnt it from him.

At times, the director wants Shah Rukh sir to relax and calls me to do a certain shot in my style.

There are scenes where the female artist comes running towards me, kisses me and all of that. Shah Rukh bhai laughs when I do such scenes. Do you never feel intimidated in his presence?

We feel comfortable with each other.

There have been occasions where I hit him, which led to pin-drop silence on the set.

But he would say, ‘Relax everybody. I asked him to act.’

He inspired me to do more than just be his body double so that I do not fade into obscurity one day.

That’s why I made a film on my own: Premaatur.

When did you decide to work independently?

After working with Shah Rukh Khan on so many projects, I realised that body doubles and duplicates do not go beyond being the shadow of the real star.

When I am on a Shah Rukh Khan movie set, I do much more than just be his body double.

I fix the light.

The rehearsals happen with me.

I can act and dance like him. I also do stunts.

Being a superstar, he does not have much time.

I save his valuable time by reaching the sets early, giving cues to directors posing as him, and helping the team with other important things.

He knows that if Prashant is there, he can take care of a lot of things.

I do a lot of risky shots also, putting my life on risk. Of all the films where you played Shah Rukh Khan’s body double, which was the most challenging project and character for you?

Director Maneesh Sharma wanted to make Fan in 2005, but Shah Rukh sir declined to do it back then.

After several years, when he was busy with the post-production work of Chennai Express, Maneesh Sharma walked into the edit room.

Shah Rukh sir looked at him and asked, ‘What happened to your film Fan? Do you want to do it now?’

Maneesh Sharma was both surprised and ecstatic.

He could not believe a superstar like Shah Rukh Khan still remembered it after 10 years!

Shah Rukh sir said he wanted to do the film because he had got the original fan: Me.

Technology was not very advanced back in 2005. Now fast forward to 2015, I was in front of them in flesh and blood.

That’s how that film got rolling. 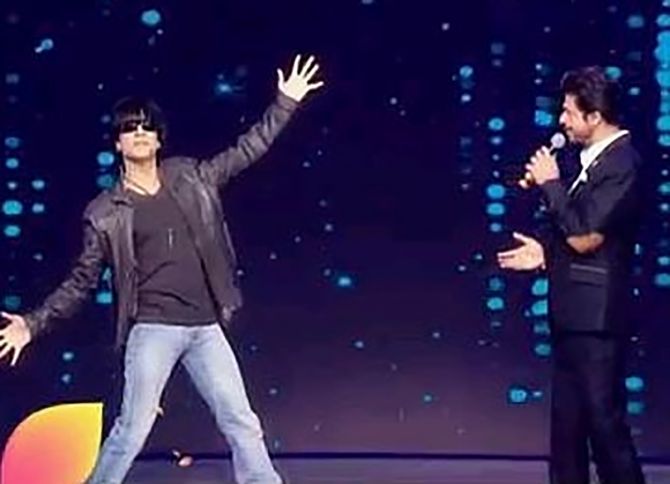 Did you have to audition for the film?

I took a corner and sat there, waiting for my turn to come.

Then Abhiraj (Minawala), who was an assistant to Maneesh Sharma before making his directorial debut with Salman Khan Films’ LoveYatri, called me and asked where I was. I told him I was sitting with other artists.

He came down running and said, ‘Why are you sitting here? You should have directly come inside.’

We went to his cabin where he described how they wanted to shoot the film.

Just like our Hindi films, my life is also filled with a slew of twists and turns.

From studying engineering, to becoming a choreographer to working as a body double to writing and producing my own film, life has been an exhilarating ride. 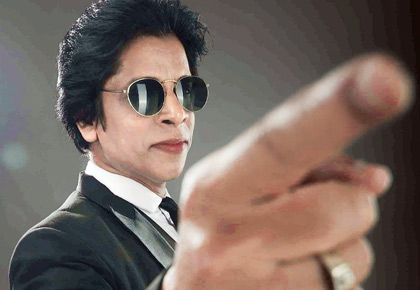