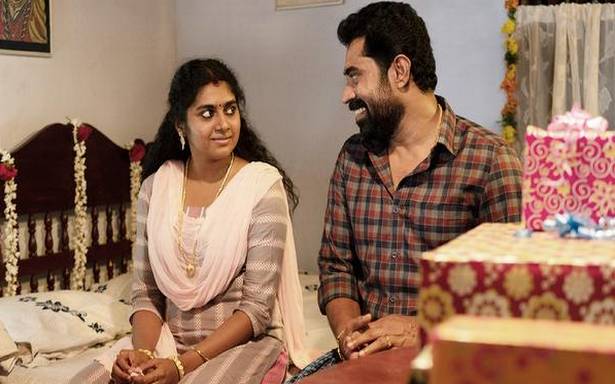 Malayalam actor Suraj Venjaramoodu has two movies releasing this Friday (January 15). Both are releasing on two new OTT platforms — The Great Indian Kitchen on Neestream and Vaakku on Prime Reels.

“Our plan is to have new releases every Friday and additional releases on special days. This will continue even after theatres reopen on Friday this week. We have seen films being taken out of theatres within a few days of release citing poor box office collection. However, a film will stream on Prime Reels for 45 days. It is like a theatre from home. The rate is ₹99 per movie if you make an advance booking and ₹149 after that. We have already entered into an agreement to stream eight films and are in talks with a dozen other producers,” says Thomas Sebastian, managing director of Kochi-based Prime Reels.

Neestream too is planning new releases every Friday. “After we announced the release of The Great Indian Kitchen, there has been a rise in subscriber base. Even after the theatres reopen, not all films will get enough screens. Now, besides the various subscription plans, we have a pay-per-view scheme where you have to pay for only the movie you want to watch. A couple of new web series are also under production,” says Charles George, regional head-Kerala, Neestream, owned by NeST Technologies Corp.

The increase in new OTT platforms is attributed to the fact that ‘mainstream’ OTT platforms [read Netflix and Amazon Prime] have become selective about streaming original Malayalam content. Although Malayalam cinema scored on the OTT space during the lockdown, the situation is no longer the same. “Big stars and big banners have become the criteria for some of these platforms to purchase a Malayalam movie. That’s where the new platforms come into play,” says a filmmaker.

When theatres reopen after a gap of nine months, there is a queue of over 80 movies that are ready for release. Also, 40-plus movies are in various stages of production. With several big films in the list, low-budget films would end up getting a limited number of screens. “It would have taken a year or so for our film to make it to theatres. We don’t regret the decision to have an OTT release since the film has been well-received,” says Satheesh Paul, director of Guardian, which dropped on Prime Reels on January 1. While Confessions of a Cuckoo, starring Durga Krishna, is currently streaming on this platform, Sumesh & Ramesh, with Sreenath Bhasi and Balu Varghese in the lead, releases on January 22.

Jeo Baby, director of The Great Indian Kitchen, says that leading OTT platforms had their reservations about streaming his movie. “Even when theatres open with half the capacity crowd, we are not sure whether people would go to theatres. There might be a hike in ticket rates, which, again would keep the audience away from cinemas. A theatre experience is complete only if families watch the movie,” says Jeo. His previous release, Kilometers and Kilometers, with Tovino Thomas in the lead, had to go in for a television première on Asianet during Onam.

Although they had tried for a television première for the movie, the channels were not keen on the idea, says Jomon Jacob, one of the four producers of The Great Indian Kitchen. “A television release is an excellent avenue to reach out to a bigger audience. However, it seems the channels want to stick to satellite right arrangement for the time being. As for OTT platforms, each of them has a different policy and payment method. It was after taking it into account all such aspects that we decided to go with Neestream with whom we made a good deal,” Jomon explains.

Several regional OTT platforms were launched or announcements to this effect were made in 2020 across India. Some of them are Aha (Telugu), CityShor TV (Gujarati), Planet Marathi and Letsflix (both Marathi) and Talkies (Tulu, Konkani and Kannada). Hoichoi, the OTT platform for Bengali launched in 2017, multiplied its subscriber base during the lockdown and announced new shows and films.

In Malayalam, Koode has been another new entrant. “Unlike other platforms, we are not movie driven. We stream curated content, such as short films, web series, original music productions and the like, besides showing movies. In addition, we are launching an interactive game show and a stand-up comedy series,” says a spokesperson with Koode. Mainstream TV, launched a year ago, has original content such as short films, sketch videos, tech reviews, cookery shows and celebrity chats besides a huge collection of Malayalam movies. ManoramaMax too has been streaming fresh content, mainly web series.

It remains to be seen how the platforms fare once theatres reopen and the film industry goes full stream. “It is unfair to compare us with Netflix and Amazon now. There have been technical glitches and we are sorting it out,” Thomas says. Charles adds: “We released three movies, Isahakkinte Ithihasam, Prathividhi and Visudha Pusthakam, which gave us the time to iron out the problems.”

Also, it is too early to get a big financial share since the platforms are in the nascent stages, Satheesh points out.

Actor-producer Vijay Babu, who was under fire for releasing his production Sufiyum Sujathayum on Amazon Prime, says that even though theatres are reopening, OTT platforms will continue to be important. “They will co-exist. Small films that get under 10 screens will definitely opt for an OTT release. In fact, several pay-per-view platforms are coming up. We are content creators and I wouldn’t mind creating originals for streaming platforms in future. There has been amazing content coming out in other languages and I believe Malayalam can also do it on the OTT space,” he adds.