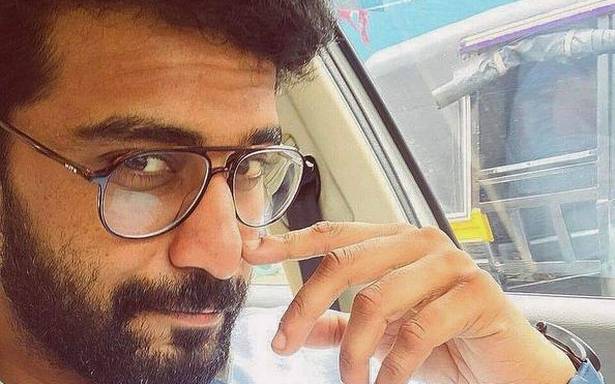 The actor talks about his recent release ‘Chiri’, and also scripting a film

Actor Joe John Chacko, who recently starred in Chiri which premièred on Prime Reels, has an optimistic take on the film’s OTT release. “The cinema theatre experience comes first, but OTT platforms offer opportunities to smaller films without a huge star cast. The reach of the medium is wider.”

Chiri was his first film in a lead role, although he has acted in films such as Matchbox and Pranaya Meenukaludey Kadal. “I don’t know if it is anxiety, but now that I have had the time to think about how I played the character, I feel I could have done it differently,” says the 30 year-old actor. The film was shot in 2019, and was due to release in April last year.

Films have always been of interest to this mechanical engineer from Thrissur. His family, however, wanted him to complete his education and work before taking the plunge into films. Finally, in 2017, his first film, Matchbox was released and, in 2019 Pranaya Meenukaludey Kadal directed by Kamal.

Chiri, Joe says, is a feel-good film about three friends. The two other leads are played by Kevin Jose and Aneesh Gopal.

“It is about what happens to my character, Mathew, when he is about to get married. How his past comes in between the present and so on.”

It’s in the blood

Getting into films was not easy, despite his famous actor-brother, Shine Tom Chacko. “I don’t like to use his name. I would rather make it on my own.”

Does his brother help him with acting tips, or how to navigate the industry?“No, he doesn’t. He lets me do my thing and has asked me to be good on the sets. He doesn’t give me acting tips. That is left to me.”

There is more to Joe than acting; he is also scripting a film to be directed by Lal Jose later this year. “I used to write even while in school. And the script I am working on with my friend Yadu is along the lines of a detective thriller.” This project took off, thanks to Shine, “When I mentioned this story to him, he suggested that I could pitch it as a film. That is how I met Lal sir, who liked it and will begin to direct later this year.”

Joe hopes to strike a balance between writing and acting, “I don’t want to separate one from the other, I want both.”