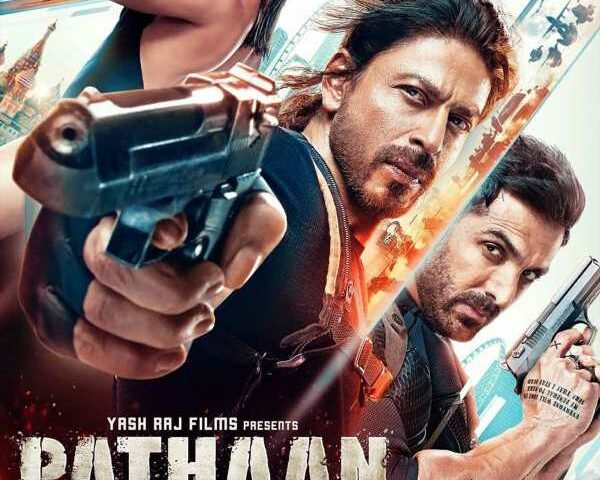 Only 55 days left to go before we get to watch Shah Rukh Khan in his new film, Pathaan!

But if you can’t wait, Shah Rukh Khan offers a sneak peek by releasing the film’s poster.

Pathaan is SRK’s first film after 2018’s Zero and will release on January 25.

Khan, playing a spy, writes, ‘Peti baandh li hai..? Toh chalein!!! #55DaysToPathaan Celebrate #Pathaan with #YRF50 only at a big screen near you on 25th January, 2023. Releasing in Hindi, Tamil and Telugu.’

Yash Raj Films, celebrating 50 years of movie-making, is reportedly planning to turn Pathaan into a franchise.