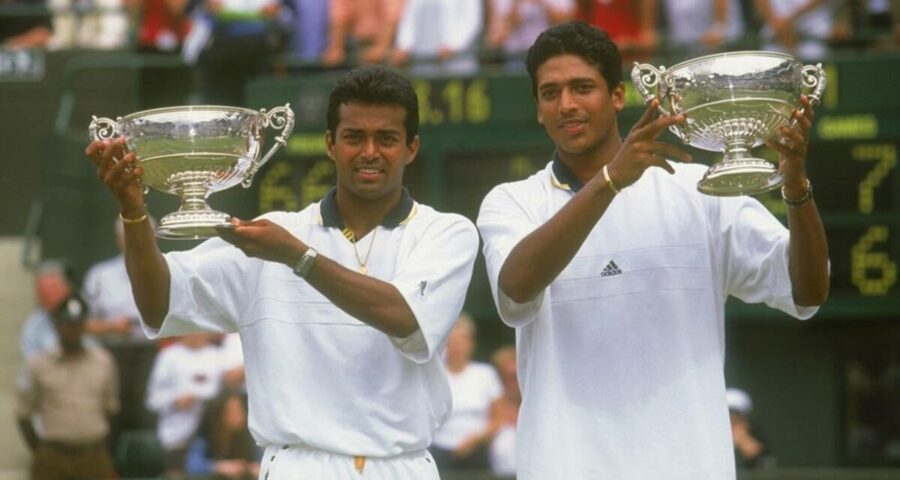 Former tennis players, Leander Paes and Mahesh Bhupathi, will soon be seen in an OTT project, based on their winning partnership. Indian tennis player legends, Leander Paes and Mahesh Bhupathi are reuniting once again. Not for a match though, but for a behind-the-scenes narrative on what made them the first Indians to win the Wimbledon in 1999. Both the champions took to their respective social media handles to reminisce about the historic day and hinted at something special to come.

Paes tweeted a photo of the duo from the special day and wrote, “22 years ago today, we became the first Indians to win @Wimbledon. As two young boys all we dreamt of was making our country proud! 🎾🌱🏆 @Maheshbhupathi #LeeHesh.” Bhupathi commented on the post with a tweet that read, “Hmmm ..That was special!! Do you think it’s time to write another chapter? @Leander #LeeHesh.”

Their story will premiere on ZEE5, and it will be directed by filmmakers and partners Ashwiny Iyer Tiwari and Nitesh Tiwari. The pair, who has given the industry successful movies like Dangal and Panga, will be helming the project together for the first time.

While the format of the show and other details are yet to be unveiled, fans and colleagues from all over the country rushed to wish the former players good luck on their new endeavour. Dia Mirza congratulated them and wrote in the comments section, “Always always so proud. Can’t wait to see what that will be.” Twinkle Khanna, Suchitra Pillai and PT Usha extended their support to the couple on their new project, while Mahesh Bhupathi’s wife and actor Lara Dutta wondered what the two are up to.

The release date of the untitled project is yet to be announced.