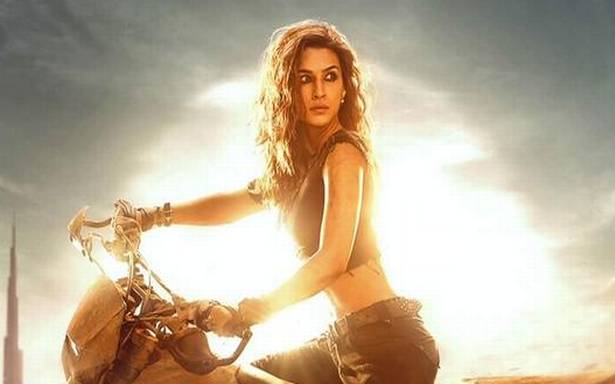 The action-packed thriller, to be directed by Vikas Bahl, will mark Sanon’s reunion with Shroff, who co-starred with her in ‘Heropanti’ in 2014

Actor Kriti Sanon has been roped in as a leading lady for Tiger Shroff-starrer “Ganapath”, the makers announced on Wednesday. The action-packed thriller, to be directed by Vikas Bahl, will mark Sanon’s reunion with Shroff, who co-starred with her in their Bollywood debut movie “Heropanti” in 2014.

The 30-year-old actor said she is thrilled to re-unite with Shroff after a gap of seven years.

“I am thrilled to be directed by Vikas in a space that is so new to me. I’ve been wanting to explore the genre of action since a while now and I’m super excited to do so on such a massive scale with Pooja Entertainment. I’m glad to be starting my journey with such a cool character,” Sanon said in a statement. Bahl said Sanon is the right choice for the female lead as she has a “riveting screen presence”.

“I am confident she will make a perfect action heroine. I am excited and looking forward to working with the two wonderful artists,” the filmmaker said.

“Ganapath” will be produced by Jackky Bhagnani of Pooja Entertainment in association with Good Co.

Expressing hope, Bhagnani said the film will turn out to be great with with Shroff and Sanon coming together for it.

“We are very excited to have Kriti aboard as our leading lady. With Tiger and Kriti together, the screen is likely to catch the right kind of fire. Mark my words she is going to blow everyone’s mind in her new action avatar,” he said.

The project is currently in pre-production stage and will go on the floors soon. It will be released in 2022.