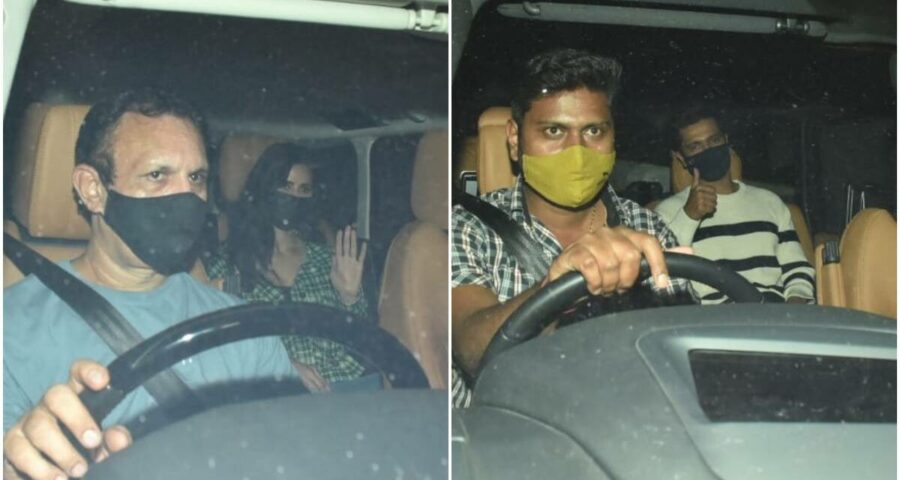 Actors Katrina Kaif and Vicky Kaushal were spotted together in Mumbai on Tuesday night. While the two have been spotted together on various occasions in the past, this particular outing of theirs had heads turning as it happened to be amid their December wedding rumours. The two have remained tight-lipped about each other and are yet to talk about their relationship.

Vicky wore a white and black striped sweater and Katrina was seen in a green checkered shirt, the two drove in separate cars and were all smiles as they waved to the paparazzi. These pictures have been doing rounds on the internet and have got everyone curious about the status of their relationship. While a few reports are suggesting that Katrina and Vicky will be tying the knot in December, Katrina has denied any plans to get married. Katrina told Bollywood Life said that such reports were baseless and upon being asked the reason for such rumours, she told the publication, “That’s a question I have for last 15 years.”

When indianexpress.com tried to get a confirmation from the actors’ teams, they did not issue any comments and maintained that these are just rumours.

Earlier this month, when Vicky Kaushal was promoting Sardar Udham, he was asked by photographers about his supposed engagement, the actor said, “The news was circulated by your friends (media). I’ll get engaged soon enough, when the time is right. Uska bhi time aayega (the time will come).”

On the work front, Katrina is busy promoting Sooryavanshi with Rohit Shetty and Akshay Kumar. She is also shooting for Tiger 3 with Salman Khan. Vicky, on the other hand, is shooting Shashank Khaitan’s Mr Lele. He will also be seen in Meghna Gulzar’s Sam Bahadur.