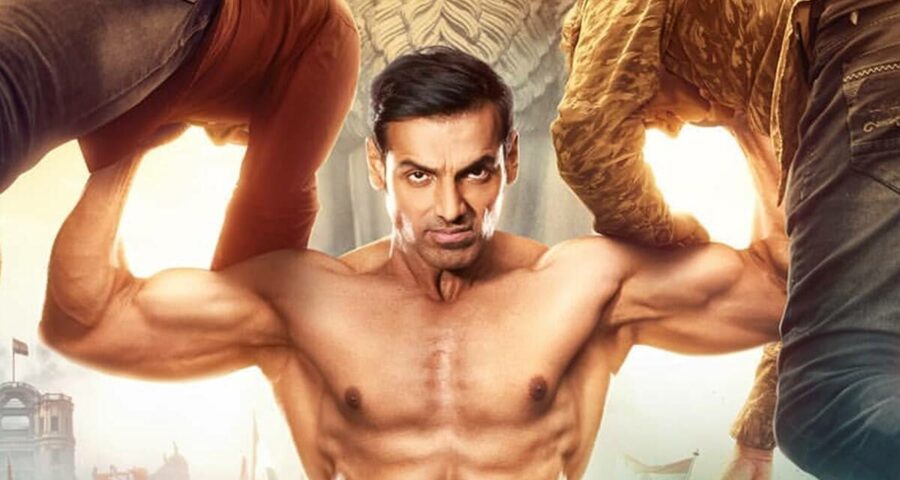 John Abraham is back with the second installment of his vigilante actioner Satyameva Jayate in which the actor stars in a triple role, something he said was a challenge. The film is a sequel to his 2018 hit of the same name. It featured Abraham as Virendra Rathod, who kills corrupt police officers, while National Award winner Manoj Bajpayee played an honest cop.

In the second part, scheduled to be released in theatres on November 25, Abraham will again be seen fighting corruption this time in Lucknow.

The actor plays three roles in the film of a farmer-father and his twin sons, a cop and a politician. “It is very daunting to play all these roles in one film. One part was like a breeze because in the first film I played a similar role of a vigilante. The other character is a cop for which I would shoot two-three scenes a day. I couldn’t get the hang of this guy (character) initially but finally we nailed it. He is very interesting in the film.

“Besides, we had to get the distinction right between a brooding and funny guy. My favourite character is the father, it has turned out to be outstanding in terms of heroism,” Abraham told PTI in an interview.

The Mumbai Saga actor said the key reason to make the second part was the reception of the audience to the first movie.

“The idea is to make a good film and entertain everyone. People loved the first one so much. The first part of everything is a testing ground because most of them don’t work hence we don’t see more franchises. There are very few films that work and which is why there is a demand to see the second part.

The actor also reacted to a video shared by one of his fan accounts on YouTube where the person compared the Hulk with John. John said, “Marvel Studios aapko pata nahi hai (you don’t know), we’ve created our own Hulk, we’ve created our own entire Avengers series with my character in Satyameva Jayate 2. Replace everybody with me.”

Abraham, 48, further said the only similarity between the first and the second film is the theme of corruption. “This new film is a completely different story. The only thing common is that a vigilante is going to take on corruption,” he said.

Everybody is a vigilante at the end like the superheroes in Hollywood, the actor said. “There is a lot of corruption that exists in the world and vigilantes will exist on the big screen and how they are portrayed is every director’s own language…”