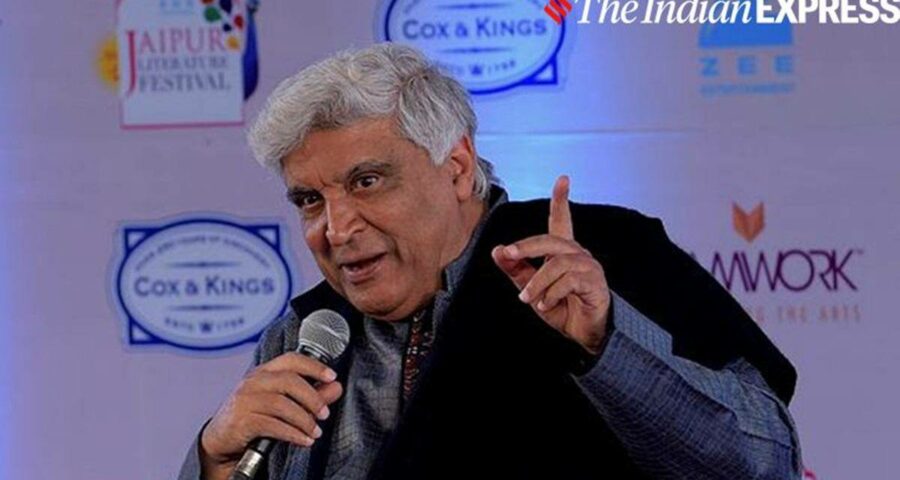 Javed Akhtar, who has penned lyrics for some of films like Silsila, 1942: A Love Story, Dil Chahta Hai, Kal Ho Na Ho and Gully Boy, said fast-paced storytelling has directly impacted the songs in a film. Noted screenwriter-lyricist Javed Akhtar says today filmmakers use songs in movies as an obligation for revenue and not as a narrative tool because they are “embarrassed” about it.

Akhtar, who has penned lyrics for some of the biggest soundtracks of Hindi cinema from Silsila (1981), 1942: A Love Story, Dil Chahta Hai, Kal Ho Na Ho to Gully Boy (2019), said fast-paced storytelling has directly impacted the songs in a film.

The 76-year-old writer said what has also changed today is the on-screen melodrama, which has become less desirable.

Filmmakers are avoid anything sentimental and hence, songs which would earlier underline the emotion, have slowly started to fade, he said.
“Today’s directors and writers have gone the other way, and they are touching that as the extremes. They feel sentimentality and emotion and exclusivity should be cut. So the situation is not emotional enough and then the songs cease to be part of the narrative.”

Akhtar said the current crop of filmmakers is clueless on how to use songs in a narrative as they have grown under the influence of not Hindi films but of the western cinema.

Even when songs are incorporated in the narrative, they are pushed in the background and are used purely for the “greed for money” as music rights generate revenue, the lyricist said.

“They find it embarrassing and awkward that somebody is singing at a party. So, the songs have gone in the background. Why they are (still) there is because there is still demand for music and it is a source of revenue. That’s why they have songs in the films, not because they want songs in the film. It is only the greed for money that makes them put songs in the pictures.”

Akhtar said the attitude of filmmakers, who view film songs as a “necessary evil”, is reflected when they use a track that has no relation to “whatever is happening in the foreground.”

In this “pathetic situation”, Akhtar said, it is futile to expect songs of the standard shot by stalwarts like Guru Dutt, Raj Kapoor, Raj Khosla or Vijay Anand.

“So, that has gone and it’s sad because you know you should not be embarrassed.”

Akhtar is not advocating for every film to have songs, but the writer said the indigenous style of narrating a story through musical pieces has been happening through ages and finds roots in the oldest of the texts.

On Independence day, Akhtar will be seen as the headline act of ZEE Live’s India Shayari Project. The 90-minute special will stream on ZEE5 on August 15.

The writer said initiatives like the India Shayari Project are relevant as it will not just be a celebration of poetry but also the country’s freedom.

He noted that the growing availability of platforms for the younger generation has resulted in a huge audience and a following of poetry and poets.

“The younger generation, no thanks to us, a matter of fact, has found what is missing in their lives and they are discovering poetry on their own.

“The idea behind this initiative is to connect and inspire young poets, who have developed a new metaphor, new style, new language, and I am very positive about poetry and its future and connection between the young generation and the poets,” he added.

The show will also bring together other Indian poets including Kausar Munir, Kumar Vishwas and Zakir Khan, with the aim to celebrate ‘shayari’ and the spirit of freedom.