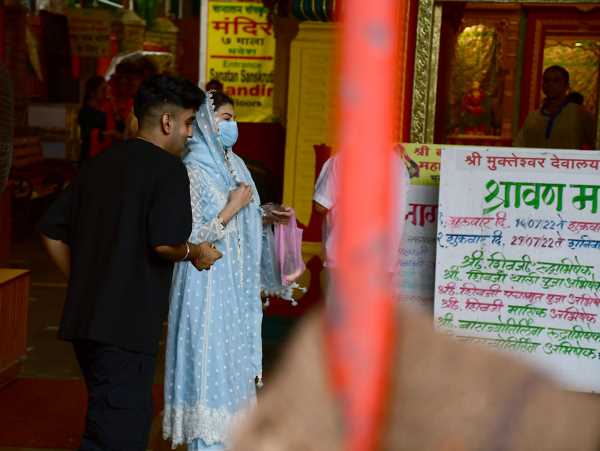 The enforcement directorate recently named the Kick actor as an accused in a multi-crore money laundering case linked to alleged conman Sukesh Chandrashekhar and others.

In her first public appearance since the news broke, Jacqueline was spotted visiting the Mukteshwar temple in Juhu, northwest Mumbai.

Jacqueline offers a quick prayer at the Mukteshwar temple. She’s is probably also praying that her career will not be affected by this controversy.

After starring in the Kannada film Vikrant Rona, she will be seen next in the Akshay Kumar-starrer, Ram Setu. As Jacqueline leaves the temple, she seems to hope that her woes will be left far behind as well. 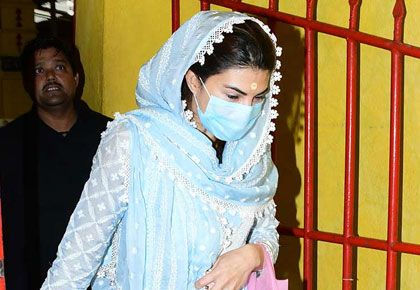