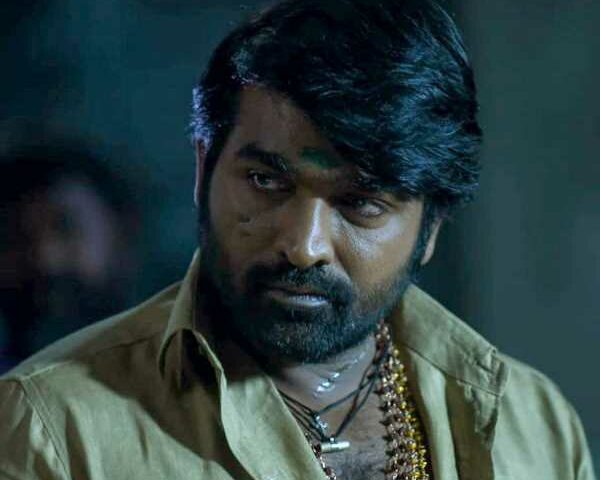 Some risks are worth taking, whether it is playing an antagonist in Master or portraying the role of a trans woman in Super Deluxe, says Tamil superstar Vijay Sethupathi, who believes in letting his work speak for himself.

In a career of 40 to 50 films, Sethupathi has done negative roles in few movies, including Rajinikanth’s Petta and Thalapathy Vijay’s Master.

In Master, Sethupathi’s revenge-driven gangster uses children of a juvenile school for criminal activities. His business comes under attack when an alcoholic professor (Vijay) is sent to the school.

Sethupathi said he trusted Director Lokesh Kanagaraj’s vision for the character that allowed him to explore dark emotions. The Tamil language action thriller was also a wonderful opportunity for him to learn from a ‘mass hero’ like Vijay, the 43-year-old actor added.

“Whenever I work with senior actors, I go there like a student because I want to learn. I am never like ‘I have done so many films and I have so much experience’.

“He (Vijay) has been in the industry for more than 25 years. His fan base is massive and I want to learn from him, from his energy. That’s why I also worked with Rajini sir and Chiranjeevi sir,” Sethupathi told PTI in a Zoom interview.

Master became a massive hit upon its theatrical release on January 13, with a reported earning of Rs 220 crore (Rs 2.2 billion).

The film is now set to be released on Amazon Prime Video on January 29, the first major movie to shorten the gap between a theatrical and streaming release. With the release of Master on OTT, a new set of audiences will discover Sethupathi, and he’s looking forward to it.

“I kept asking the director and the producer ‘Is it confirmed? Are we releasing the film?’ I was worried whether the government would allow theatres to open. We were worried right till January 12. But I’m happy that people liked the movie,” he says.

A film is best experienced in a theatre, surrounded by other people, he said.

But given these uncertain times, an digital premiere soon after the theatrical release was the next best option.

“There is no language barrier for an art form or artistes. We love to connect with people because we are representing their life on the screen.

“People have also become more sensitive towards good content, so we need to work hard, be more responsible and make sensible movies.” Stories of ego tussle between two big stars are just stories, Sethupathi said, adding that an actor cannot operate in that space.

“As actors, we perform so many characters and that gives us maturity. If I have ego, that means I don’t have the maturity.

“For me, art form is not a business… it depends on the business but it is not a business. It is a feeling. It is the trust between you and your work. Your work will speak for you if you spend time with it and listen to it. If I do my work with responsibility, I’ll be here.”

This confidence in his craft stems from the kind of life he has led, Sethupathi explained, narrating the story about taking the “biggest risk” in his life.

“I’m a middle class man. I tried for movies after I got married and my wife did not know that. It took six years for me to become a hero. Until then, I was playing the hero’s friend or doing small roles,” he says.

“I did not earn much either. My wife was worried about our kids’ future and our life. I believe that was the biggest risk in my life, not this (taking on complex characters),” he said.

Sethupathi said had he failed as an actor, his family’s life would have been ‘miserable’.

But the risk paid off.

“Now, I’m in a comfortable place. I’m getting paid well. I can take care of people around me and also take care of my art.” A conversation with the actor is incomplete without a discussion around his most loved performance of Shilpa in the 2019 Tamil anthology Super Deluxe, about a transwoman, who returns to her wife and son after her transition.

He credits Director Thiagarajan Kumararaja for giving him the role and recalled how he fell in love with the character during the narration of the film.

“He told me, ‘I don’t know how you will take this and you don’t need to say yes’. I said, ‘Sir, please give this character to me’. He said, ‘You are a well-known actor. You think twice and then let me know. Take some time’. I was like: ‘There’s no need to think twice. I don’t think I will get another character like Shilpa’.”

“After I saw the movie, I told Kumararaja, ‘I feel I’m blessed by Shilpa. It is not me’. There are two characters in my life that I don’t think are me though they are played by me — one is Shilpa and another is the role of the old man in Seethakaathi.”

With around six-seven releases lined up and several projects to be announced, Sethupathi is happy living the life he always wanted — to be in front of the camera.

Sethupathi will soon make his Hindi debut with Mumbaikaar. He is also doing a film with Sriram Raghavan.