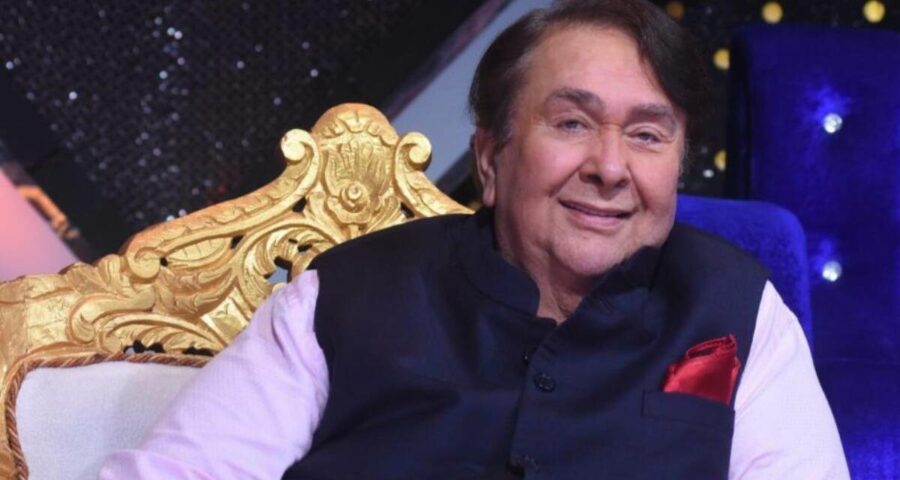 Indian Idol 12 is set to air its grand finale on August 15, with Pawandeep Rajan, Arunita Kanjilal, Nihal Tauro, Shanmukhapriya, Mohd Danish and Sayli Kamble battling it out to win the trophy. Randhir Kapoor will appear on an upcoming episode. This weekend, Indian Idol 12 will see yesteryear actor Randhir Kapoor gracing the stage.The top six contestants would sing his hit songs in the special episode. The Dharam Karam actor, however, was left teary-eyed when his young grandson Taimur Ali Khan sent a surprise gift for him.

Randhir Kapoor, who shot for the episode recently, was in shock when the makers gifted him a hand-made card by Taimur. The elder son of his daughter Kareena Kapoor and Saif Ali Khan, Taimur created a lovely greeting card, and added the words, “I love you, Nana. Take care”.

Touched by the special gesture, Randhir Kapoor said that he was grateful to the team for making the day extremely special for him. Thanking everyone, he added that he will directly head to meet Taimur after the shoot. Talking further about his relationship with his grandkids, he added, “Kehte hai na, asal se zyada sood pasand hai. Just like every grandparent loves their grandkids more, similarly, I too love my grandchildren more than Karisma and Kareena. They are my special grandkids.”

The episode with Randhir Kapoor will be a nostalgic ride as he will share anecdotes about his career and times in Bollywood. He will also go on to talk about his daughters — Karisma Kapoor and Kareena Kapoor, and share some lesser-known facts about them.

The singing reality show was recently in the news after a few social media users claimed it to be scripted one. Host Aditya Narayan reacting on the same shared that he doesn’t care much for online trolls as he says that their vitriol just represents their ‘sickening mindsets’.

Reacting to the criticism the show receives, Aditya told BollywoodLife, “Honestly, I don’t have anything to say to these online trollers because they don’t have anything good to say about anyone. It just reflects their sickening mindsets. If your heart is filled with love, you will talk about love, if you have all the hate inside you, you would only talk dirty and nothing else.”

Indian Idol 12 is set to air its grand finale on August 15, with Pawandeep Rajan, Arunita Kanjilal, Nihal Tauro, Shanmukhapriya, Mohd Danish and Sayli Kamble battling it out to win the trophy. The season is judged by Himesh Reshammiya, Anu Malik and Sonu Kakkar.