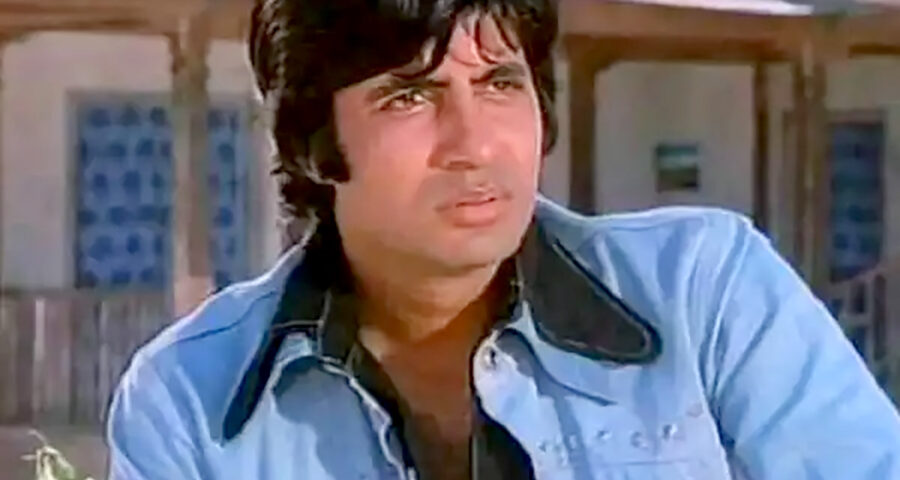 ‘When I heard the script, I begged Salimsaab and Javedsaab and later, Ramesh Sippyji to let me play Gabbar.’

It’s been 46 years since Ramesh Sippy’s Sholay fascinated us so much, it became a cult classic.

Amitabh Bachchan, who plays Jai in the 1975 film, looks back at it and tells Subhash K Jha, “I never expected it to be what it did turn out to be.”

Forty years of Sholay! Your thoughts on the historic impact of the film.

I never expected it to be what it did turn out to be.

Amitji, tell us about how you signed the film?

Salim-Javed had worked with me in Zanjeer and they recommended me for Sholay.

I also pleaded with Dharamji (who played the other lead in Sholay) to put in a compassionate word for me.

Sholay remains special on many counts. For one, Jayaji played your silent love interest. How special was it to work with your soulmate in a film where you couldn’t express your love to her?

I can’t believe you are asking this question!

When you work on a film, you play the character surely. You forget what relation the colleague has with you. Your camaraderie with Dharamji is legendary. Did the two of share good, playful, times when not shooting?

Sadly, the two of you did only two other films — Chupke Chupke and Ram Balram — together.

Yes. But it’s not as though we did not want to. We did a few guest appearances together.

Why was Ram Balram a disappointment in spite of Vijay Anand at its helm?

It was not a disappointment for me at all.

I loved working in it.

And disappointment in what… box office? I am not so sure it was a failure. You also got to work with Sanjeev Kumar, and went to do many memorable films with him. What was it like working with him, especially in this film?

A joy as always. A superior talent and a most likeable colleague.

Did you and your Sholay mates expect the villain Gabbar Singh to become so iconic?

When I heard the script, I begged Salimsaab and Javedsaab and later, Ramesh Sippyji to let me play Gabbar.

That should answer your question.

I knew it would be very popular and liked.

Amjad (Khan) and I met on the sets of Sholay, and remained dear friends till his passing.

Salim-Javed wrote many memorable characters for you. Which are your favourites?

Did you ever expect the film to become such a landmark success? Ramesh Sippy and you did even better work together in Shakti , but Sholay remained the benchmark in his career. Would it be correct to say a film like Sholay becomes a hard act to follow for all involved?

It is not fair to say he did better work in Shakti, but Sholay became a benchmark. Each film has its own USP.

Sholay had its own as did Shakti. Each project is looked at differently.

I would like to believe that each project for a maker is the equivalent of giving birth to their child.

How could one child be different from another in affection, care and concern?

Finally, how would you define the enduring power and glory of Sholay?

The answer my friend is blowin’ in the wind… That after 40 years of its release, you are still wanting to do an interview on it. 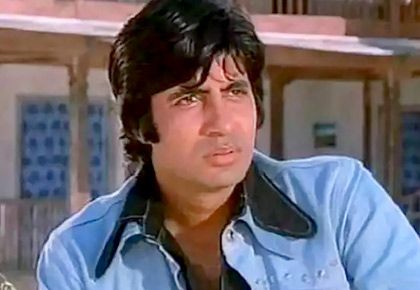