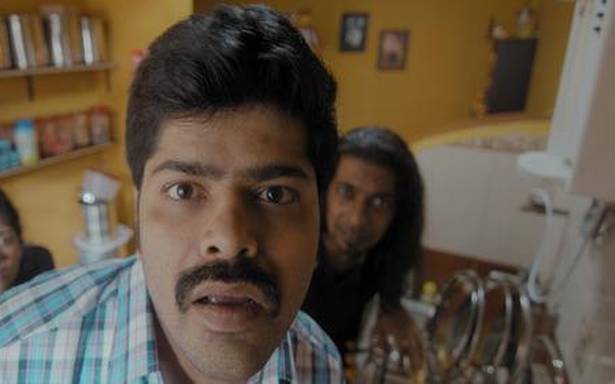 The actor is basking in the success of his latest film, ‘Ikkat’

An engineering student with a passion for writing, Nagabhushan entered the Kannada film industry out of love for the movies. He started off as a scriptwriter and later donned several hats: of line producer, production manager and assistant editor. He soon found himself facing the camera as a character actor and today, Nagabhushan is best known for the Kannada comedy film, Ikkat.

Directed by brothers Esham and Haseem Khan, the film has Nagabhushan playing the lead alongside Bhoomi Shetty.

“This is a good sign,” says Nagabhushan. “I started at the bottom of the ladder and have managed to climb up despite my unorthodox looks. I do not have the typical characteristics of a hero. I was open to character roles and that gave me ample scope to explore characters with different shades.” He proved his point in films such as Sankashtakara Ganapathy, Ondalla Yeradalla and French Biriyani.

Nagabhushan is looking forward to the release of upcoming films such as Badava Rascal and Petromax.

Talking about Ikkat, he says he had worked with the Khan brothers for a web series called Honeymoon. “I wrote the series, which was produced by Sakkat Studios and was released on Aha in Telugu.” Nagabhushan plays the lead in the serieswith Sanjana Anand (Chemistry of Kariyappa).

Leaning towards comedy, Nagabhushan started out with a YouTube channel, KEB (Karnataka Entertainment Board). “A few friends and I created satirical skits, some of which went viral and caught the attention of people from the industry. I started with KEB, because if I had knocked on doors asking for work, I would not have got any. This way, I had a platform to show that I could do what I claimed I could and it worked.”