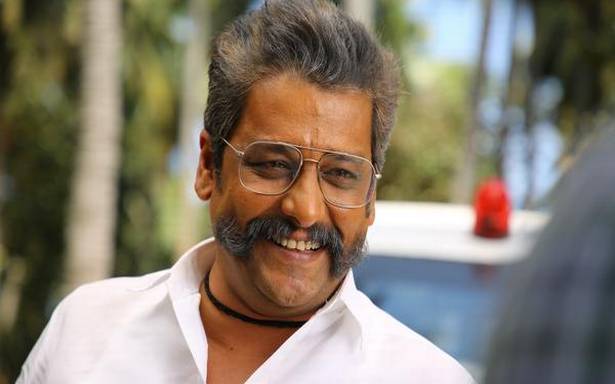 The actor talks about playing a villain in ‘Anbarivu’, the things he learnt at Koothupattarai, the kind of films he wants to do and more

It has been 20 years since Vidharth first appeared on the big screen in a blink-and-you-miss-it role inMinnale. Ten years since his breakthrough film,Mynaa. Despite the film’s commercial success and the appreciation he got, Vidharth’s career graph did not see a dramatic upward curve. “I know I am not a star today,” he says, reflecting upon his journey, “But I never wanted to become one.”

Cinema, for him, was a childhood fascination. His maternal grandfather had appeared in small roles in P Neelakantan’sOr Iravu(written by CN Annadurai) and Krishnan-Panju’s famousParasakthi(written by M Karunanidhi) in which Sivaji Ganesan made his debut. He wanted Vidharth to be in the films too. When he liked a character in a film, he would address Vidharth by the character’s name. Vidharth, by now, was a constant presence in his school plays.

The popular Chennai acting school taught him about movies and life.

“I have seen some phenomenal actors there. When I compare myself with them, I know I have a long way to go. For example, there is a senior actor called Murugan. He would not even be the protagonist of the play but whenever he was on stage, he was a star. But the next morning, you would see him in a tea shop, almost inconspicuous. And, he is just an ordinary weaver. That’s when I learnt that more than talent, it is about the opportunities you get and what you do with them.”

The audience of Koothupattarai stripped off his vanity and pushed him to be a better actor. “We used to have a kind of Q and A session with the audience after a play. I have been asked things like, ‘Why do you even get on stage?’, ‘Why should we have to watch you?’ Though these comments pricked me then, it motivated me to do better.”

Stardom, Vidharth says, is fleeting. “I have seen people like Murugan, who are adored when they are on stage but are called ‘poda vada’ when they get back to their day jobs. So, despite being in films, I have never felt like a star. My only desire is to do good roles and be a part of good films.”

After the success ofMynaa,Vidharth kept signing films. But one flop followed another. At one point, he asked himself what kind of films he wanted to do. The result of that reflection was M Manikandan’sKuttrame Thandanai, in which he plays a man suffering from tunnel vision. It was screened at several film festivals. “Though it did not make a lot of money, it earned me great respect. I would split my career into before and after Kuttrame Thandanai.”

Vidharth has eight films lined up for release. One of them isPayanigal Gavanikkavum, which is a remake of the Malayalam filmVikruthi., in which he plays a character with hearing and speech impediments. “Usually in our films, such characters are silent or just say ‘ba ba ba’. But there are different levels of speech and hearing impairments. There was this elderly guy named Srinivasan at the temple I used to work at. His words would be unclear but I used to love talking to him and could figure what he was referring to. So, I have tried to bring in all these details to this character.”

Vidharth is also excited about his upcoming release. InAnbarivu(which will stream on Disney+Hotstar from January 7), starring ‘Hip-hop Tamizha’ Adhi, he plays the antagonist. “I was not keen on playing a villain in a commercial film. But Pon Parthiban, the dialogue writer of the film, told me the character was written for me. So, I thought I should at least meet the director once. When he narrated the role to me, I was pleasantly surprised. I told him, ‘I would not have chosen myself for this role if I was the writer.’ He saw something in me that I did not. I was also not convinced if the look he suggested – with a big moustache – would suit me. But when I saw myself on the monitor, I realised that it was apt.”