Yo Yo Honey Singh returns to the spotlight after seven years.

And he has a lot to say.

The singer, who just launched his new single Gatividhi, talks about his troubled past and tells Rediff.com Contributor Sameena Razzaq, “Can’t I give my fans my old look? It’s a shame on me if I can’t achieve that.”

How tough was it to make your comeback?

I shot Makhna in Cuba, it got famous.

Then I did Dil Chori Sadda Ho Gaya in Bollywood, Saiyyaji…

It became a big hit, but I was fat. People were not accepting me.

‘Can’t I give my fans my old look? It’s a shame on me if I can’t achieve that,’ Honey Singh elaborates in this video.

You recently collaborated with Diljit Dosanjh for a song, but there were protesters outside your homes because of the controversial lyrics. Why does controversy always follow you?

Controversy will always be with the person who speaks the truth.

I just want to say the truth.

I don’t want to hurt sentiments.

I have never targeted any caste, sex or religion.

You recently sang Meri Jaan for your girlfriend Tina Thadani, but you’ve said it took you months to woo her.

Tina is a very mature girl.

She knows how to read people.

I think initially, she must have felt I was just fascinated by her.

But when she realised the depth of my feelings, she took me seriously and finally accepted me.

The best thing is she knows about my past.

A lot of things have been said about me. I have never given any justification till date.

Maybe even Tina believed those things.

I wanted to tell Tina about myself, so I told her my whole story.

She heard everything and said, this is your third life and gave me the name Honey 3.0.

I am trying to take it to the next level since September.

I have been making some serious music.

I have made 46 tracks and completed my whole album Honey 3.0, which may release in March or April. 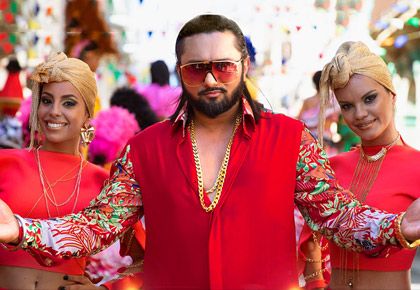