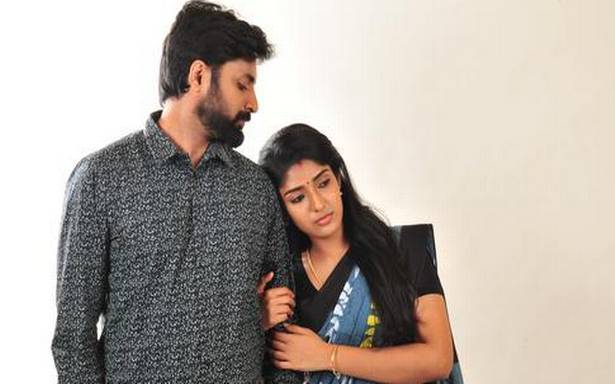 This ‘made for YouTube’ programme starring Shali Nivekas, VJ Parvathy and Kaushick is being telecast on TV

Who are Abhi and Siddhu and why is this on-screen couple the subject of much online discussion?

If you have been watching Tamil web-series Vallamai Tharayo, billed as India’s first daily digital series, on YouTube every evening, you would know why.

Starring Shali Nivekas, VJ Parvathy, Kaushick and Vivek Rajagopal among others, Vallamai Tharayo recently crossed borders: its dubbed version hit Telugu screens via Eenadu TV, where it is being telecast as part of its prime time programming. This assumes significance because it is probably the first time a ‘made for YouTube’ programme is being telecast on TV.

“It is an endorsement of a digital product by TV media. We wanted the edginess of a digital series without missing the core of television,” says B Srinivasan of the Vikatan Group, which made the series with Motion Content Group, in association with YouTube. To ensure a perfect marriage of the two platforms, they roped in V Thiruselvam, who helmed the successful TV soap Kolangal, to work on the screenplay while Chidambaraman Manivannan, who has experience with web series Emergency, was chosen as director.

The heart of the series deals with patriarchy; Vallamai Tharayo revolves around how well-meaning parents inadvertently end up pushing their daughter into an imbalanced marriage, and how she fumbles her way through. “Youngsters have related with the characters,” says Chidambaram, “Recently, when we went out to a restaurant, a lady walked up to us and accosted Kaushick (who plays Siddharth) and chided him for troubling Abhi. She had started seeing these artistes as characters. That meant so much to us.”

One of the reasons for that, according to him, is the casting. “Before we started out, we roped in many known faces from YouTube,” he reveals, “We were particular not to cast people who were popular due to their TV appearances as we wanted the look and feel to be that of a web-series.”

The core storyline of Vallamai Tharayo was conceived by Srinivasan’s wife Radhika, after being inspired by Chup, a collection of interviews by Deepa Narayanan that speaks about how patriarchy has seeped into the Indian woman. “We are now also in talks with Malayalam channels for a similar move like the Telugu one, and also with Hindi producers and channels to remake this in Hindi,” adds Srinivasan, who has also produced November Story for Disney+Hotstar.