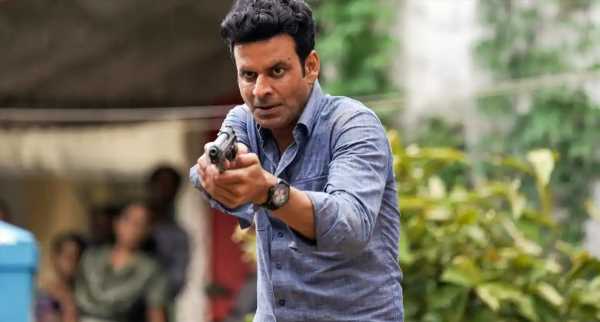 Yes, Manoj Bajpayee has a Chellam sir in real life too!

The actor, who has been teaching acting to students via Unluclass, does have someone in his life who he calls for answers, just like his character Srikant Tiwari did in the hit Web series, The Family Man 2.

“He is somebody who has the answers to everything, so I call him anytime,” Bajpayee tells Rediff.com Contributor Prateek Sur.

A lot of scenes had been edited out from Family Man 2 after it was pushed from February to June 2021. Do you feel creativity is getting curbed in the current political scenario in the country?

It will be better if there is some kind of an understanding between the OTT and creative people, as then, eventually, they will be able to find a common ground to agree upon.

I am completely in favour of giving 18+ or 16+ or 7+ ratings to categorising films rather than having censorship.

With OTT having its own regulatory body, it will not harm a creative product much.

Chellam Sir’s character has been a superhit. Who has been your ‘Chellam sir’ when it comes to your career in films?

In my life, there are so many characters like Chellam Sir.

There are directors who I love and admire like Neeraj Pandey, Abhishek Chaubey, Raj, DK, and Anurag Kashyap. I always call them.

But one of the three directors from The Family Man — Suparn Verma — is my real life Chellam Sir.

He is somebody who has the answers to everything, so I call him anytime.

You have been training students in acting. According to you, is acting a talent that can be learned over time? Or do you believe people are born with this talent?

I think the craft of acting can be taught.

Yes, there’s a lot we embrace from the experience of life, and to a certain point, there is an inborn talent.

But acting is a mix of talent and craft.

Having said that, I believe one can teach you the art of acting only if you are passionate about it.

This art form comes from passion. This is exactly what my sessions entail. When you teach your students, do you impart knowledge about the ills of the film industry as well?

It is a very competitive world out there and I have definitely tried to give some direction to the learners.

I haven’t just highlighted the ills but have also shared advice on how to deal with them.

Depression and mental health have become a huge thing in today’s film industry. When you teach your students, do you tell them ways or ideas about how to overcome that?

In my class, I talk about how one can work with the team, deal with rejection, handle criticism and success.

These are a few things that can lead to mental health issues and learning to deal with them the right way is what I can teach best.

For other advice related to mental health, one must consult a qualified therapist or an expert.

The Family Man is one of the biggest hits of Indian OTT, which is known for great content.
But of late, commercial cinema has also crept into the OTT platforms. Films like Radhe or Coolie No 1 or Laxmmi are getting panned by audiences on OTT.
Do you feel with the commercial movies coming on OTT, the content is getting watered down?

One shouldn’t bother with clutter as people are consuming everything as they are at home.

If they don’t like something, they immediately switch it off.

People have an amazing appetite for stories and content. 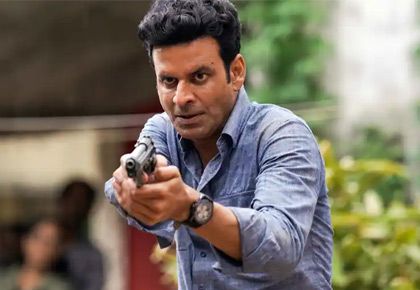