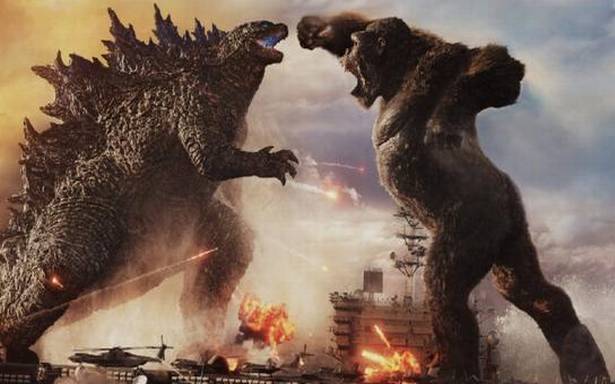 The MonsterVerse from Legendary Pictures comes full circle finally, but could there be a surprise twist to the storyline?

Finally, the trailer of monster epic Godzilla vs Kong has been released. The film, directed by Adam Wingard, stars Alexander Skarsgard, Millie Bobby Brown, Rebecca Hall, and Brian Tyree Henry, and of course, two of the most popular kaiju (the Japanese term for monster) of all time.

On the face of it, the movie seems to be the straightforward fight for the ages, which the franchise has been building upto — the earlier King Kong and Godzilla movies in the MonsterVerse from production company Legendary Pictures predicted this — but could there be a twist to the storyline?

The official synopsis of the film reads, “Legends collide in Godzilla vs Kong as these mythic adversaries meet in a spectacular battle for the ages, with the fate of the world hanging in the balance. Kong and his protectors undertake a perilous journey to find his true home, and with them is Jia, a young orphaned girl with whom he has formed a unique and powerful bond. But they unexpectedly find themselves in the path of an enraged Godzilla, cutting a swath of destruction across the globe. The epic clash between the two titans — instigated by unseen forces — is only the beginning of the mystery that lies deep within the core of the Earth.”

The trailer showcases Godzilla as the bad guy destroying the planet, and Kong rising to stop him. However, this is in contradiction to the giant lizard’s heroic image in previous films, and ardent fans have even spotted the Easter egg in the trailer: MechaGodzilla.

MechaGodzilla, in fact, first made an appearance in1974’s Godzilla vs. Mechagodzilla, and is a mechanical anti-Godzilla, who is one of Godzilla’s greatest adversaries. The origins of this fake Godzilla vary: from being man-made to coming from an alien planet. But what’s important to note is that if the theories are correct, then Kong and (original) Godzilla could be teaming up actually to take down the imposter!

The earlier movie in the series, the ultimately disappointing Godzilla: King of the Monsters, featured other Titans like Motha, Rodan and King Ghidorah. Could any of them make a reappearance in what seems to the final film of this franchise?

Godzilla vs Kong is scheduled to be released simultaneously in theaters and on HBO Max on March 26, 2021.