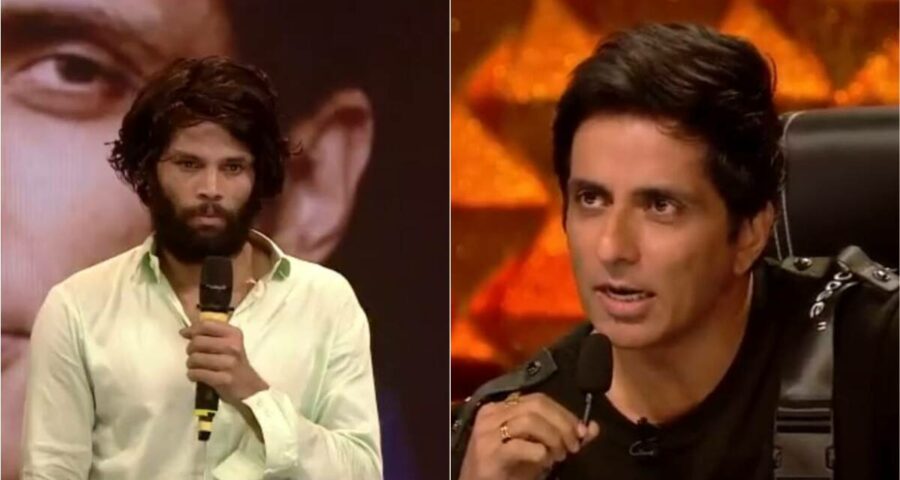 Sonu Sood was left teary eyed as Dance Deewane 3 team paid a tribute to him for his constant efforts during the lockdown to help migrant workers and Covid-19 patients. The upcoming episode of Dance Deewane 3 will see Bollywood star Sonu Sood joining in as a special guest. Given the curfew in Mumbai, the shoot for the episode happened earlier this week in Bengaluru. Through their performances, contestants brought to fore the ordeal of Indians as they deal with the pandemic, and paid a tribute to real-life heroes.

Uday Singh, a resident of a small town Neemuch, Madhya Pradesh, performed a special act saluting Sonu Sood’s contribution towards daily wagers and Covid-19 affected people. While thanking him for his efforts, Uday shared how his entire village survives on daily wage, and with the lockdown in place, they have been left without any earning, and the villagers are struggling to make ends meet.

Moved by his story, Sonu Sood immediately told Uday that for the entire period of the lockdown, he will feed the entire village. He assured him that regular ration would be provided to everyone, however long the lockdown continues.

Calling Uday a superstar, Sonu said, “I want to tell the people in your village that the lockdown, whether it lasts for one month, two months or even six months, I will ensure that your entire village will keep getting rations. Tell them not to take tension, no one will go hungry there, no matter how long the lockdown continues.”

Bharti Singh, who will step in as the host along with husband Haarsh Limbachiyaa in the coming episode, rushed to hug Sonu Sood. She also thanked him for saving so many in these tough times.

As a mark of tribute, Dance Deewane 3 team also played a video showcasing Sonu Sood’s effort during the pandemic. They also invited a family that Sonu had helped. Sonu was left teary eyed as he listened to the family’s story.

Given the lockdown-like situation in Maharashtra, the entire team of Dance Deewane 3 flew to Karnataka for the shoot. As judge Madhuri Dixit excused herself, dancing star Nora Fatehi joined judges Tushar Kalia and Dharmesh Yelande. Host Raghav Juyal is also recuperating from the coronavirus and thus Bharti and Haarsh took charge as hosts.