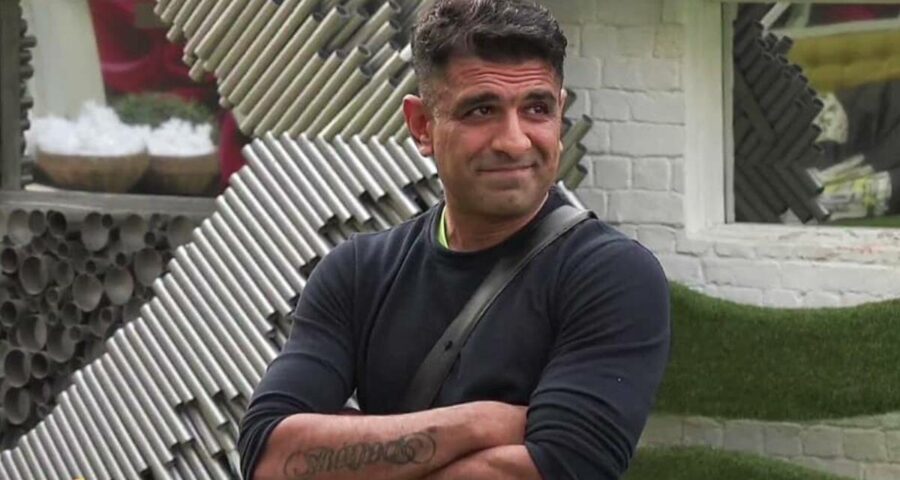 Eijaz Khan's journey on Bigg Boss 14 was cut short after he decided to exit last month owing to prior shoot commitments. One among Aly Goni, Rakhi Sawant, Rahul Vaidya, Rubina Dilaik and Rakhi Sawant will be announced as the winner of Bigg Boss 14 tonight. Eijaz Khan was considered one of the strongest contenders on Bigg Boss 14, expected to lift the trophy by many. However, the actor’s journey was cut short after he decided to exit last month owing to some prior shoot commitments. With former contestant Devoleena Bhattacharjee brought in as his proxy, hopes were high that he would come back in time for the finals. However, with her eviction, a fortnight back, Khan’s stint also ended in the reality show.

Hours before Bigg Boss 14 crowned its winner in a grand finale, Eijaz Khan spoke exclusively to indianexpress.com about his unfinished journey, marriage plans with Pavitra Punia and more…

It’s the Bigg Boss 14 finale today, does it hurt not being in there?

I should have been there, I deserved to be there. However, life throws its own curves, one just needs to move on. I believe in finding a silver lining to everything. I am very very grateful for the amount of love I got from everyone.

Since you must have had your discussions about your comeback before stepping out, did you feel cheated or let down by the makers?

I would have, if there was no quarantine or Covid-19 involved. I was to comeback but there was a small window, and it wouldn’t have made sense. Though I feel, even if for a day, I should have sent me there. I wanted to be the one switching off the light on the last day. I had promised that to myself, and lived and dreamt of it every single day. Unfortunately, it did not happen, and I have to believe that they tried their best. Why would they have kept my game alive otherwise. I am trying to be positive but am hurt as I really wanted to go in, not for myself but also my fans. I feel I let them down with not getting that closure. Having said that, I have always believed it’s more about the journey than destination. And I think I had a wonderful one.

When you took the decision to come out and shoot for City of Dreams 2, you told us that it was because the producers had a lot at stake. However, in hindsight, do you regret taking the step?

Honestly, this is not the first time that something like this has happened, and I don’t think it would also be the last time. It’s called professional integrity and I believe in that. If I have given a prior commitment and the offer to play Wolverine also came to me, I would have denied it. Otherwise, I will not be at peace, and the greed would never satiate. But if I do give it a thought, for my selfish reason, I do feel I shouldn’t have stepped out. It was just 20 days, and I would have won it.

However, the last two evictions- Devoleena and Abhinav’s were quite shocking. Do you think if you were around, you would have managed to survive the game?

With all due humility, I think I would have absolutely survived. I am not saying I aced the game but I was really true to it. I wasn’t perfect in the first place but people connected with my flaws. And if I was so real, why don’t I believe that I should have won. It has always been my mantra to believe you are a winner, and then work backwards to achieve it.

If you were around, who do you think would haven’t been in the top 5?

I know the answer to it but I don’t want them to feel bad by talking behind their backs. But I think Rakhi or Nikki might not have been there.

Do you also think Devoleena did a good job as your proxy?

I have no idea as I did not even have the heart to watch the episodes. But I am sure she must have been good. She was playing the game for me rather than herself, and thus may be the audiences may not have connected. And that’s a dangerous thing in the house as the votes take you ahead.

A section of the audience also feels that the way you behaved with the media, and called out creatives for designing an image for few contestants led to you not joining back the show.

I don’t think anyone is in kindergarten to behave this way. The channel built my brand on the show, and if they did this, I think they would need serious help. But I really think that’s not the case. As for me being overconfident during the media round, well, I am not perfect and am not even aiming to be. Everyone of us sometimes do get triggered because of something, that can lead to a reaction. The questions that were coming were more like statements, and I did not want to accept it.

You and Pavitra seem to be painting the town red. How things are moving for you guys in the real world?

There are no cameras around, so you know what’s happening (laughs). I think both of us are independent, self made have a lot of self respect and that has made us strong together. We have an amazing understanding but do have our own share of small fights too. Things are very masaledar, with a lot of tadka between us. And I think I wouldn’t have had it any other way. She is a very good human being, and has her heart in the right place. And it’s same for me too. So, when two good people are together, it’s bound to bring a lot of happiness.

You recently mentioned in an interview that you plan to get married this year. Any dates in mind?

You know, I am open to the best, let’s see how things work out. It’s unprecedented times right now, and everything is moving at such a fast pace. We can all just hope for the best in the coming times.