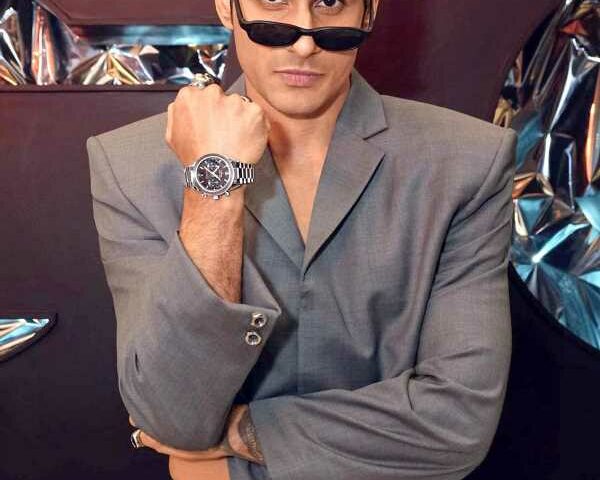 ‘I regret not showing my grandparents the man I am today.’
‘I was battling with drug and alcohol addiction when they were alive.’
‘They were struggling to see me deteriorating my life and destroying it.’

Prateik Babbar has often experimented with his film roles but in Madhur Bhandarkar’s India Lockdown, audiences get to see a completely different side of the 36 year old as an actor.

Talking about playing a migrant worker named Madhav, Prateik tells Rediff.com Contributor Namrata Thakker, “The fact that my mother (Smita Patil) has portrayed such rural characters in her career, I thought if I could leave no stone unturned in my performance, then people would see a glimpse of my mother’s body of work in this character.”

How challenging was it to play a migrant worker, who is stuck in the lockdown?

Oh, it was definitely a challenge because the role is so far from my comfort zone, so different from the urban person that I am.

To shed the urbanism, we had to work hard.

But I was immediately invested in the story and the character after my first meeting with Madhur Bhandarkar.

We are so blessed to have even the basic amenities that we will never know what it feels like to fight for survival.

When Madhur came with this character, I thought it was a huge responsibility to represent this community.

I had to do it the right way.

I had to do justice to the role because we saw these people on news and heard about the hardships they went through during the lockdown.

We saw shocking images of them walking all the way from Mumbai to Bihar, wearing shoes made out of plastic bottles and what not.

We have tried to recreate those things in the movie to show the depth of their struggle.

The hardest part was to shoot, to know in detail what these people went through.

It was extremely humbling and heartbreaking to feel what this community went through. So yeah, that was challenging.

Also, the fact that my mother (Smita Patil) has portrayed such rural characters in her career, I thought if I could leave no stone unturned in my performance, then people would see a glimpse of my mother’s body of work in this character. 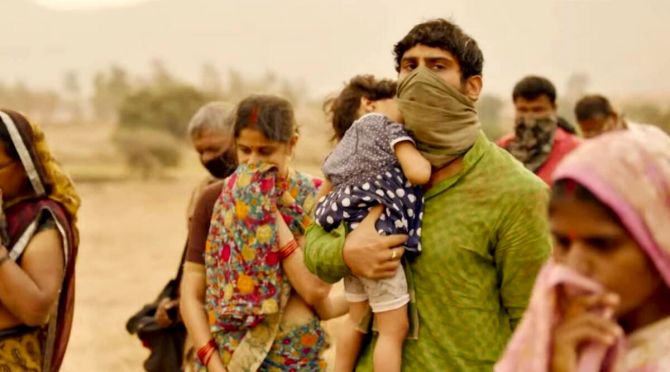 How did you prep for this role?

Mr Bhandarkar and I met some migrant workers in Ghatkopar (north east Mumbai) before shooting.

I observed their language, mannerisms and how they spoke to each other.

How they lived their everyday life.

I kept observing them even while we were shooting.

I was also given reference films to watch and few of them were my mother’s films, including Chakra.

I also watched Aakrosh for Om Puri’s character and all of that really helped me.

Madhur Bhandarkar believed I could play this character even though many were against it and I thought I couldn’t.

Being an urban Bandra boy, I think a lot of people were apprehensive, but not Mr Bhandarkar.

He was extremely confident, and I am grateful that he gave me this chance. How was the atmosphere on sets because it is a serious film with a lot of emotions involved?

So I am sure people feel that a person who makes such content must be very serious and a taskmaster in real life too.

But he’s the complete opposite. He’s a comic!

It was so difficult to keep a straight face because Madhur was always in good spirits, pulling pranks and cracking jokes.

He has his lingo which is funny. He’s literally the opposite from the kind of work he does.

What is your take away from this film?

I feel extremely humble that I got to live the character of Madhav in whatever small way through this film and got to experience the angst of this community.

My take away is simply that I have utmost respect for what these people went through.

I am grateful to have a roof over my head, food to eat and just be alive.

We have all realised that the human spirit was tested and we came out stronger.

We saw the darkness together and now, we are seeing the light. 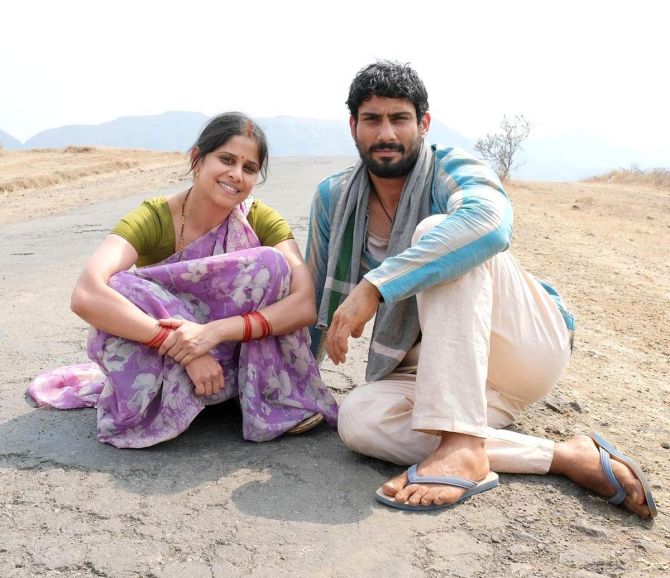 How did the lockdown affect you?

I think it affected us all in the same way.

We were all confused and restless.

I made sure I worked out every day and did house chores to make myself feel grounded. In introspect, I did enjoy ‘Me’ time.

I enjoyed sleeping because I had been very busy for two years before the lockdown.

You have been in the industry for over a decade now. Has your journey gotten easier with time?

Oh no, it hasn’t been easy and still is not.

There was slump in between that kind of hit the brakes in my career.

It’s a hustle to stay in the industry, but the good part is that I am obsessed with being an actor.

I am absolutely obsessed with doing justice to my mother’s legacy and that is my whole purpose of being in the industry.

It’s hard to maintain yourself, your work and stay relevant.

But I love acting and hopefully, will achieve the superstardom that my mother did. 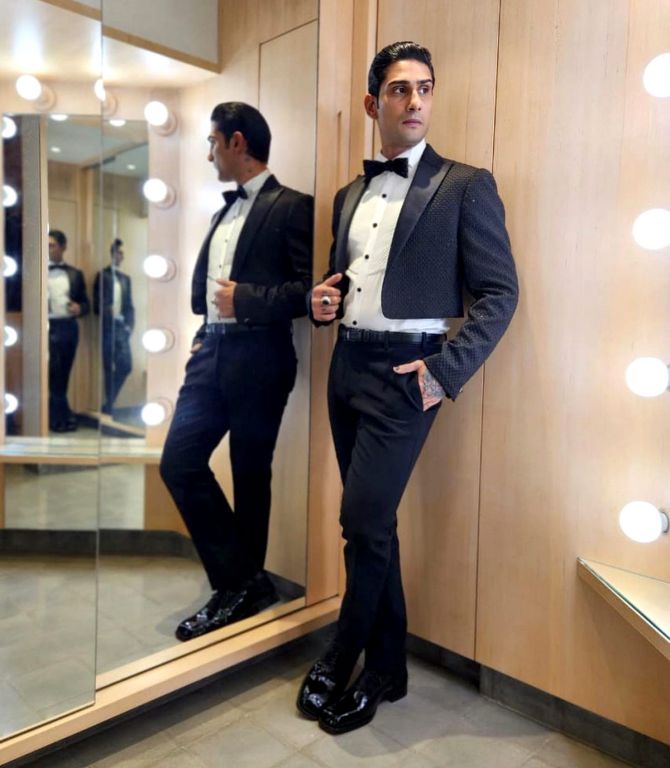 Do you have any regrets professionally?

Absolutely. But I think it was necessary; I think the downfall was written for me.

All those things were piling up and they finally exploded when I was about 25.

But as I said, it was necessary because it humbled me.

I regret being unprofessional at times, taking success for granted.

I regret taking opportunities for granted.

Everyone has a journey and this was mine. It has made me what I am today.

Personally, I am the kind of person who usually doesn’t have regrets, but unfortunately, I do have a few.

I regret not having the opportunity to show my grandparents the man I am today.

I was battling with drug and alcohol addiction when they were alive.

They were struggling to see me deteriorating my life and destroying it.

That’s something I regret immensely. I wish I could have been a better grandson. I have a film with Pratik Gandhi and Taapsee Pannu called Woh Ladki Hai Kahan. It’s a romantic thriller, but also a comedy.

I play a very different character who is shy, basically a ‘Yes’ man as Taapsee’s husband.

Then, I have a rom-com with Sayani Gupta. We just finished shooting it.

I will start shooting for the second season of Hiccups & Hookups.

Next year, I am doing a very special film, but I can’t speak about it yet. The prep has already begun, so I am very excited.

What are you currently binge-watching on OTT?

Any film or a show you would recommend your fans to watch?

Definitely The Crown and The Last Film Show. It’s a beautiful film.

Many commercial films, but I wouldn’t name them because most of them have my friends in it (laughs).