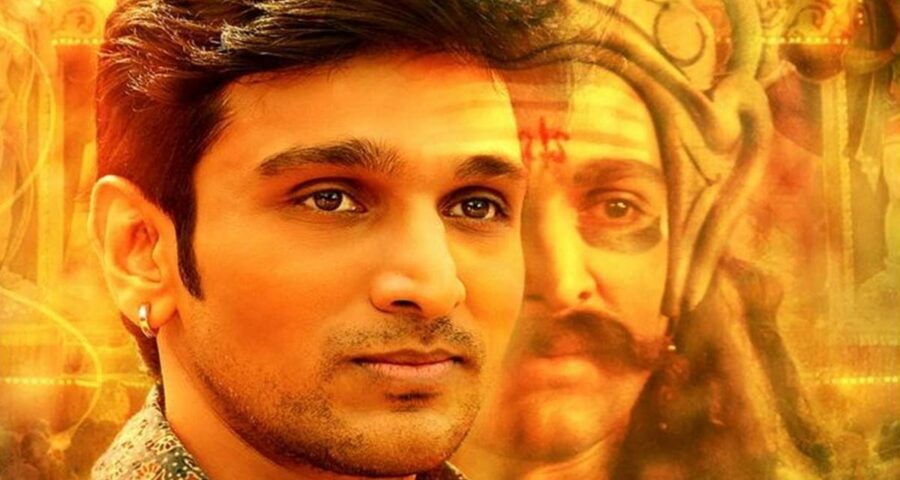 Since Bhavai trailer released last week, the film has undergone two modifications. The movie's title was changed to Bhavai from Ravan Leela (Bhavai) and later the makers announced the removal of a sequence–which showed two actors, who are playing Ram and Raavan, in conversation with each other– after it was criticised by a section for being offensive. Filmmaker Hardik Gajjar says his upcoming Pratik Gandhi starrer drama Bhavai uses the setting of Ramayana to make a larger point about the world without offending anyone in the process.

Gajjar has mounted the film against the backdrop of Bhavai–a popular folk theatre form from Gujarat– with the Scam 1992 star playing a stage artist who essays the role of Raavan in a Ram Leela presentation, the traditional performance of the Ramayana.

In an interview with PTI, the director said he has neither “changed the textbook” nor “glorified anyone” in the telling of the story for the film, set to release theatrically on October 1.

“It is a sensitive subject, so there was a lot of emphasis on people’s sentiments that it should not be hurt, at any stage. We ensured that the Gods we worship aren’t shown in any bad light. The film took time to write, almost four and a half years, because of this reason.

“The challenge was to not be religiously wrong at any point. I really took extreme precautions. Throughout the film there is no chance that someone’s sentiments will be hurt. We worked on the script till the last day from this perspective because it is a religious topic.”

Since the film’s trailer release last week, the makers, however, have announced two modifications.

The movie’s title was changed to Bhavai from Ravan Leela (Bhavai) and on Monday, the makers announced the removal of a sequence–which showed two actors, who are playing Ram and Raavan, in conversation with each other– from the film after it was criticised by a section for being offensive.

Gajjar said the film merely talks about how a simple guy from a village suddenly undergoes a perception change because he plays the part of Raavan really well.

“In the film, I am talking about perceptions and influence. He is a sweet, simple guy who is like Ram but he gets the role of Raavan and how a perception starts to build. He plays the role of Raavan so well that people actually start believing that he is Raavan. But he is just a pure soul, who plays a professional part well… The film is about the transitions that happen in his life,” he added.

A film like Bhavai was a natural extension for Gujarat-born Gajjar, who has worked extensively as a director on mythological TV shows like Devon Ke Dev… Mahadev and Siya Ke Ram.

For Gajjar, the idea to make his Hindi feature directorial debut with Bhavai started with the thought of attempting to tell a story with the backdrop of Ramayana.

“Our thoughts and the way we present them make us who we are. Ramayana is our culture, it has taught us a way of life but we are not able to see its reflection today. The idea was that Ram and Raavan both reside in us, so how do we see that?”

The director said a major part of his writing process involved interacting with people and narrowing down the key events from Ramayana.

“I wanted to show Ramayana authentically and you see glimpses of it in the trailer. How the ‘swayamvar’ happens, how Sita ji goes for ‘vanvaas’, from where does Raavan take over. We have authentically referred to Ramayana. It isn’t that every single audience member has read Ramayana but the key incidents are known to all,” he added.