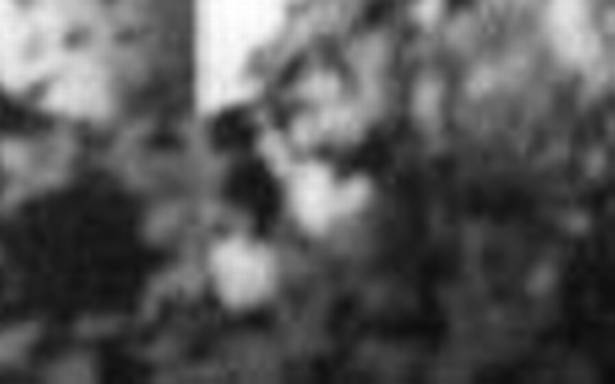 During the making of Ram aur Shyam, the thespian had temporarily shifted base to the city

One of the interesting sidelights of Dilip Kumar’s autobiography, The Substance and The Shadow, (Hay House, 2014) is the love he had for Chennai. He calls it the most erudite and culturally wealthy city of India. Some of his great film successes were made here and the city kept coming back into his life at crucial moments. The first was in the early 1950s. His career had skyrocketed, and he was the tragedy king. But the roles were making him depressed and while in London, he met fellow actors Margaret Rutherford and Sibyl Thorndike, who advised him to see a psychiatrist. Dr. W.D. Nichols, when consulted, suggested that Dilip Kumar shift to genres other than tragedies.

Rather coincidentally, S.M. Sriramulu Naidu of Pakshiraja Studios, Coimbatore wanted to remake his MGR-Bhanumati starrer Malaikkallan in Hindi, and offered it to Dilip Kumar. The film, Azaad (1955, co-starring Meena Kumari) became a huge success. Dilip Kumar writes that it “was the first film that gave me the much-needed confidence to forge ahead with a feeling of emancipation and a sense of achievement.” Happily for him, his career gave him varied roles thereafter.

In Madras and Coimbatore for the film, Dilip Kumar learnt to sit cross-legged in the company of Naidu and L.V. Prasad and eat a four-course meal replete with rice and vegetables on a banana leaf. He became an expert at preventing the rasam from running off the leaf. But he could never come to terms with an old Madras custom — of people applying sandal paste on their stomachs after meals. Dilip Kumar tried it once with terrible after-effects — he developed a terrible itch.

It was, however, S.S. Vasan of Gemini Studios who became his mentor in the city. The two first came together for Insaniyat (1955, co-starring Dev Anand and Bina Rai), which was a moderate success. But a friendship blossomed, and they spent hours together, discussing subjects of mutual interest. Vasan took Dilip Kumar all around Madras and the rest of South India. It was while on a train journey down south in a first-class coupe that the two fashioned the climax scene of the film Paigham (1959, co-starring Vyjayanthimala). The film was a success and a year later Vasan made it as Irumbu Thirai with Sivaji Ganesan essaying Dilip Kumar’s role. Apparently, Dilip Kumar acted in Paigham for free, to enable Vasan turn a tight financial corner.

Being a person who loved poetry, literature, and classical music, Dilip Kumar was at home in Madras. On one occasion, the then up-and-coming lawyer Habibulla Badsha had organised a ghazal evening featuring Begum Akthar. On coming to know that Dilip Kumar was in town, she suggested that he be invited. He was extremely busy but agreed to drop in at Abbotsbury, Teynampet, where the event was to be held. When he arrived, the diva turned on all her charm and dedicated song after song to him. He enjoyed himself immensely.

B. Nagi Reddy and his partner A. Chakrapani of Vijaya-Vauhini studios were his close friends. It was while shooting for their Ram aur Shyam (1967, and remake of the 1965 MGR-starrer Enga Veetu Pillai) that Dilip Kumar announced his engagement to Saira Banu. She was half his age and this too had a Madras connect. According to the autobiography, it was an astrologer that Vasan had taken Dilip Kumar to who predicted it all. The wedding happened in Bombay and Dilip Kumar had to fly back the next day to Madras to shoot for Ram aur Shyam. His bride came with him.

Nagi Reddy had organised a grand welcome at Meenambakkam — rose petals strewn on the tarmac. Dilip Kumar’s favourite suite at the Oceanic Hotel had been converted into a bridal chamber and, as for the bed — that was a surprise too. The actor had once admired a carved double bed at Nagi Reddy’s residence and the latter’s son Prasad had jocularly remarked that it would be gifted to the actor when he got married. They had sent it over with best wishes. Dilip and Saira then rented a bungalow in Kodambakkam, where they stayed for months, while Ram aur Shyam progressed. They drove all around Madras and he introduced her to South Indian cuisine.

Ram aur Shyam became a huge hit. But times were changing and making Hindi films in Madras soon ceased to be possible. Dilip Kumar, however, never forgot the city.

writes on music and culture.