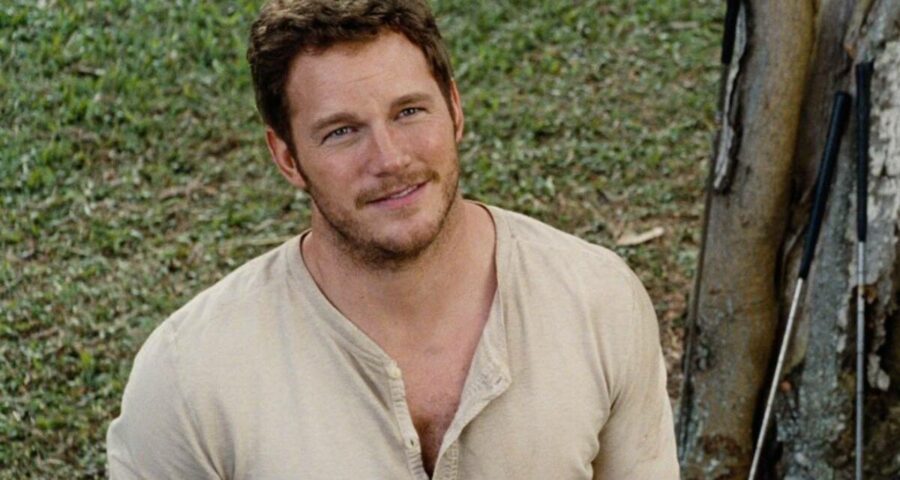 Years before he played a Velociraptor expert in the Jurassic World movies, Chris Pratt predicted that he was going to land the role. Hollywood star Chris Pratt is known for his work in the Guardians of the Galaxy and Jurassic World franchises but featuring in big-ticket summer blockbusters was not how he started his career. Many of his fans remember him for featuring on the hit comedy series Parks and Recreation where he played the lovable goofball Andy.

But did you know that Pratt actually predicted that he was going to land a role in the Jurassic Park franchise almost five years before it happened?

In 2010, Pratt was recording some behind-the-scenes footage for the NBC sitcom, which was included in the DVD extras. The footage has Pratt addressing the camera and introducing himself as he begins the recording. His phone pings and he starts doing a bit here where he acts like Steven Spielberg has texted him for Jurassic Park 4 but he just doesn’t have the time to entertain him.

“Man, I just got a text message. From Steven Spielberg. God, so annoying,” he says with a smirk.

As he types on his flip phone, Pratt says, “Sorry, Steven. I was asked by Parks and Recreation/NBC to do behind-the scenes, which is to say everyone else was asked and said no. But I have no shame as you know by the endless gift baskets. I’ll have to get back to you later about Jurassic park 4. Boom.”