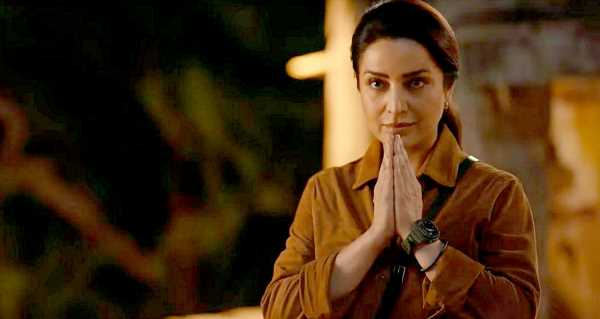 Dahan is an engrossing watch with the right amount of scare, observes Namrata Thakker.

The supernatural thriller, as a genre, has been explored many times in Hindi movies and Web series, but only few have managed to get it right.

Dahan: Raakan Ka Rahasaya is thankfully one of them.

It is not devoid of loopholes, but some fine performances and an interesting storyline make up for it.

Dahan, starring Tisca Chopra in the lead, is about an IAS officer who takes up a challenging project in Shilaspura after suffering a personal tragedy.

Shilaspura, a small town set in Rajasthan, isn’t like any other town.

Its residents are superstitious and the place itself is dark, creepy and apparently cursed with a bloody history.

Avni Raut (Chopra) arrives in Shilaspura to supervise a mining project, but is met with resistance by the locals.

They worship Ridhiyakan and fear blasting the mines might awaken his inhuman army, the Raakan.

Avani is not superstitious and wants to do her job, she starts the mining project. That’s when terrifying things happen.

He warns Avni about the consequences of starting the mining project, but she doesn’t pay heed and they end up at loggerheads.

Soon after the mining site is blasted, people in Shilaspura start dying.

They first turn inhuman and then go on a killing spree.

While the locals believe that Ridhiyakan’s army has awoken, Avni doesn’t buy it.

Story wise, Dahan takes time to pull you into its supernatural world. But once you are in, you’ll be glued to the screen.

Though the makers dive into the story right away, the action happens after the first few episodes and so the show does get a bit boring initially.

Also, a lot of the actors speak in the Rajasthani dialect, which though authentic, needs you to pay attention to the subtitles in order to understand.

Just when you think it’s all about superstition, the makers compel you to second-guess your theory by throwing in an odd googly.

She’s strong, she’s fierce. She has her own demons to fight amidst all the supernatural chaos and she gets all these emotions across quite effortlessly.

Saurabh Shukla as her nemesis is equally good. More than the visual and sound effects, it’s his acting that creates the eerie atmosphere.

The show also features Rajesh Tailing and Mukesh Tiwari in important roles and they deliver as well.

Dahan is an engrossing watch with the right amount of scare. 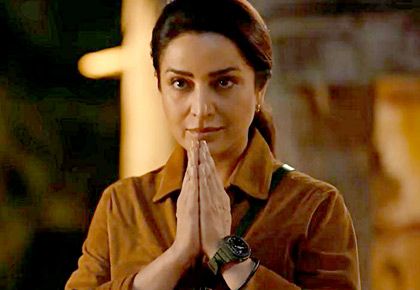