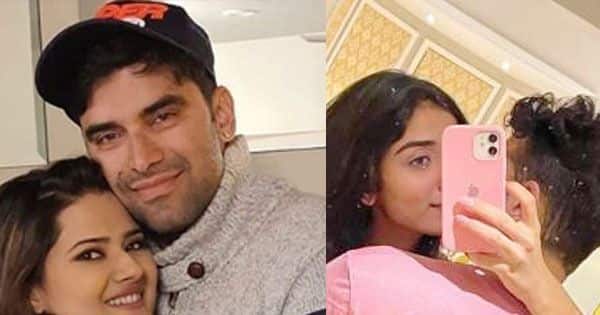 Lock Upp winner Munawar Faruqui kept his relationship with GF Nazil hidden from all; here’s WHY!

Comedian Munawar Faruqui spoke about his relationship with Nazil and revealed why he did not unveil his girlfriend’s identity in Lock Upp. In an interview with Etimes, Munawar said, “I’ve known Nazil for a year now and we have been dating for a few months. The situation inside the house was not right to talk about Nazil. As I was inside the show and she was outside and I was not there with her at that moment in the outside world so I refrained from revealing her identity. In our life, there are different aspects of us about which we are protective. I don’t think it is wrong to be protective about our loved ones and the moment I came out I posted her picture.” Read: Here’s why Lock Upp winner Munawar Faruqui kept his relationship with GF Nazil hidden from all

Kratika Sengar and Nikitin Dheer blessed with a baby girl

Raqesh Bapat shares a picture of his new abode in Mumbai

Harshad Chopda aka Dr Abhimanyu Birla and Pranali Rathod aka Akshara’s Goenka’s marriage has finally happened. Their wedding was nothing but a dreamy wedding. As per reports, the wedding was inspired by the gala nuptials of Priyanka Chopra and Nick Jonas at the Umaid Bhawan Palace in Jodhpur. A source said, “The channel wanted it to be a grand event. All the Yeh Rishta Kya Kehlata Hai weddings are royal affairs. Rajan Shahi’s team had been scouting locations since a month.” Read: Yeh Rishta Kya Kehlata Hai: Impressed by Harshad Chopda aka Abhimanyu and Pranali ‘Akshara’ Rathod’s wedding? Here’s the budget [Exclusive]