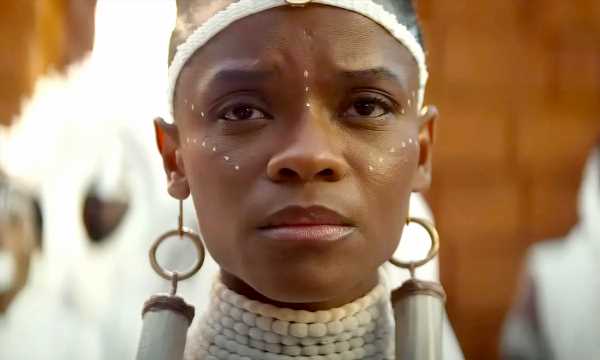 Black Panther: Wakanda Forever has become an instant success at the box office.

When the first installment of Black Panther arrived in 2018, it had collected Rs 50 crore (Rs 500 million) at the Indian box office. The second installment is bound to do at least double of that, what with Rs 42 crore* (Rs 420 million) been collected in the opening weekend itself.

It got a conventional Friday release with Rs 12.50 crore (Rs 125 million) coming in. With an increase in footfalls on Saturday and Sunday, the final result was quite impressive.

Uunchai has thrown a pleasant surprise at the box office.

The film is in the same zone as Goodbye, which is about fulfilling the wishes of the one who has departed. In that film, Amitabh Bachchan and his family grieved over the loss of the lady of the house, Neena Gupta.

In Uunchai, Bachchan along with Anupam Kher and Boman Irani ensure that their friend’s (Danny Denzongpa) last wish — climbing Everest (in this case, reaching the base camp) is fulfilled.

It had seemed that the film would work with a small segment of audience but then demand was created on the first day itself with a limited release of under 500 screens.

This can happen only if film-makers are supremely confident of their product and it is apparent now that Director Sooraj Barjatya was sure of what he had made and the target audience that he was catering to.

As a result, while the first day collections were Rs 1.81 crore (Rs 18.1 million), the real game stated on Saturday when the jump was huge at over 100 percent. Even Sunday was excellent.

From today, the film will see an increased count of screens and shows for itself, which means Monday’s numbers would be greater than Friday’s. If that momentum sustains through the week, there is a potential hit for sure. Kantara is set to attain the blockbuster tag in the Hindi version as well.

It has reached the milestone of Rs 75 crore (Rs 750 million). The moment it hits the Rs 80 crore (Rs 800 million) mark, it will be a certified blockbuster.

Despite being in its fifth week, the film is continuing to fetch audiences for itself.

What’s more remarkable is the fact that there is combined total of over Rs 50 crore (Rs 500 million) coming in from Black Panther: Wakanda Forever and Uunchai, and still Kantara has added over 5 crores (Rs 50 million) to its total. Superb!