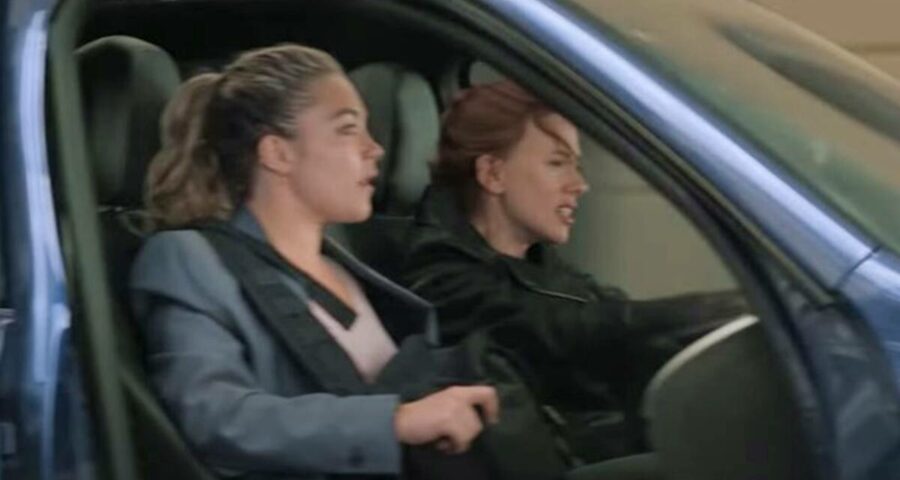 One of the things to watch out for in Marvel Studios’ upcoming Black Widow is the camaraderie between onscreen sisters Natasha Romanoff (Scarlett Johansson) and Yelena Belova (Florence Pugh). In the new clip released by the production banner, it looks like the girls clash and bond, but always look out for each other.

Tagging the new clip has, “Just two sisters bonding during a high-speed chase. Check out this brand-new clip from Marvel Studios’ @Black.Widow, and experience it in theaters or on @DisneyPlus with Premier Access on July 9. Additional fee required,” the social media handles of Marvel gave us a sneak peek into the high end action that the film boasts of.

In the video, we see how Natasha and Yelena, as a team, happen to escape a biker hot on their scent. Though the clip looks like a portion of a bigger sequence, it surely leaves fans curious about the plot before and after this chuck.

Black Widow was conceptualised because of fans’ adulation for the last leg of Natasha Romanoff’s journey in the Marvel Cinematic Universe, and is set between the events on Captain America: Civil War and Avengers: Infinity War, the time when Natasha was on the run after helping Steve Rogers and Bucky Barnes.

The superhero flick will take us and Nat back to her Russian roots, as she faces the demons of her past in the Red Room, the place where both she and Yelena got trained.

The movie has been awaiting a release since last one year due to the spread of the coronavirus pandemic. Now, with its new release date of July 9 fast approaching, Marvel Studios is pulling all stops to heighten the curiosity of fans. It recently unveiled a series of fresh character posters too.