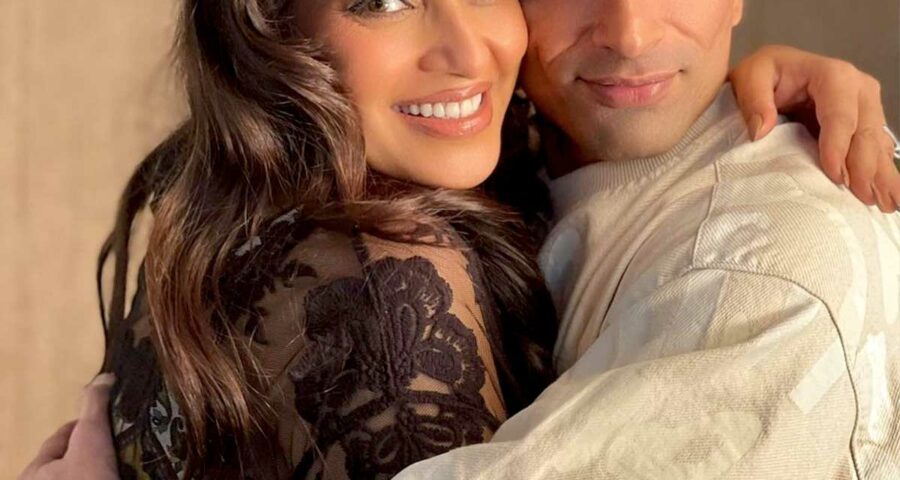 Karan Singh Grover hugs his pregnant wife Bipasha Basu. ‘All mine!!!,’ he says.

The Qabool Hai actor had earlier penned a touching note on his most precious dream: fatherhood. 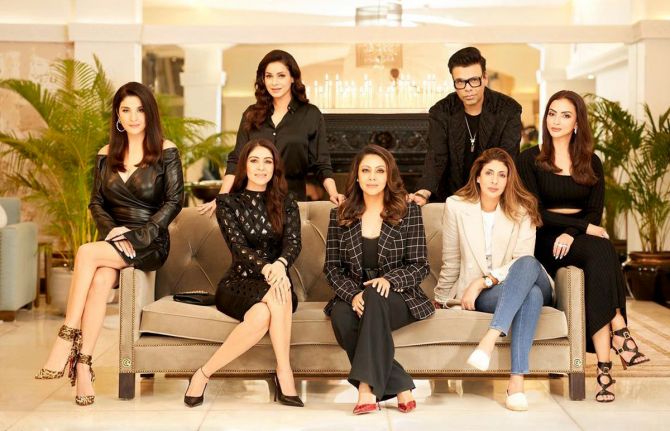 Gauri Khan shares a picture with the Fabulous Lives of Bollywood Wives cast — Maheep Kapoor, Neelam, Bhavana Pandey and Seema Kiran Sajdeh — and writes, ‘Congratulations #BollywoodWives! Enjoyed binge-watching the show. Especially episode 2,4 and 7. What a fun shoot it was!!!’

The Web series sees quite a few cameos from celebs like Gauri, Shweta Bachchan Nanda, above, and the show’s producer Karan Johar. Nimrat Kaur is all smiles at the mahurat of Dinesh Vijan‘s next production, Happy Teacher’s Day, to be directed by Mikhil Musale of Made In China fame. Kangana Ranaut shares a picture from the sets of her next directorial, Emergency, and writes, ‘Filmmaking is a fine blend of prep, practice and spontaneity…. That’s why it can be the most difficult or the easiest thing to do, depends how efficiently you can be rigid and fluid both at the same time…

‘If you know how to prepare hard to shoot what must be shot yet in the last moment you demolish that mental structure/ road map / blue print and be free to find something entirely different based on your instincts then you know how to make a movie ….

‘Film maker is a myth, there is no such thing … if anything a movie makes a maker because story has its own seed and soul which finds expression and manifests and so called maker simply watches bewildered, enchanted as she finds herself transform in to a role she must play #setstories #Emergency’.

‘To every single artist involved in this often heartbreaking yet unforgettable dream, you have my thanks and my gratitude. Onwards and upwards.’ 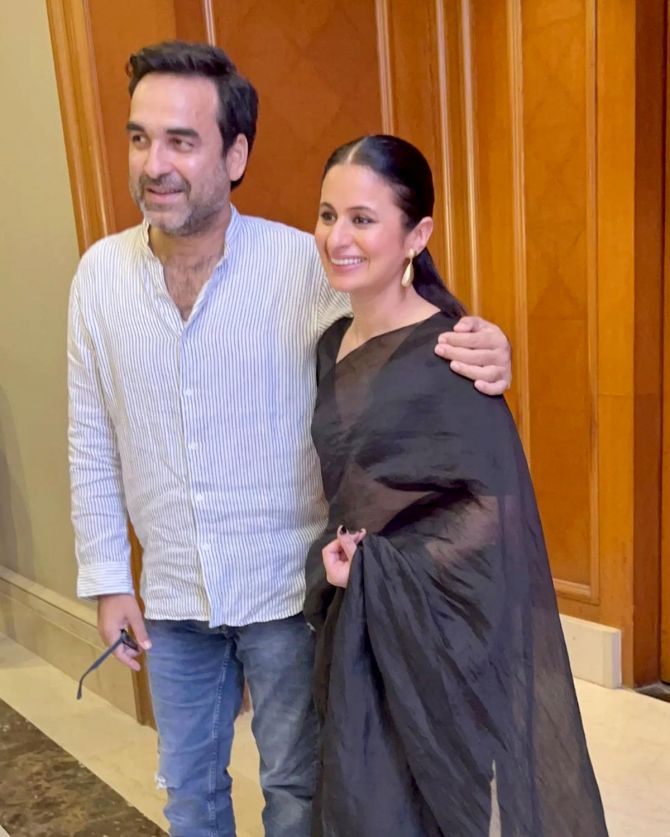 Rasika Dugal wishes her Mirzapur co-star Pankaj Tripathi on his 46th birthday. ‘Happy Birthday @pankajtripathi. To many more seasons of conversations (which you always make so interesting) and laughter… and see you soon.’ His wife, Anupama Chopra, writes: ‘How do you turn 70 when your heart is only 17? VVC is trying to figure it out.’ Vikramaditya Motwane wishes his mentors in the film industry Sanjay Leela Bhansali and Anurag Kashyap on the occasion of Teacher’s Day: ‘I believe this is the only photo of its kind that exists in this world… Happy Teachers Day to these special gents.’ 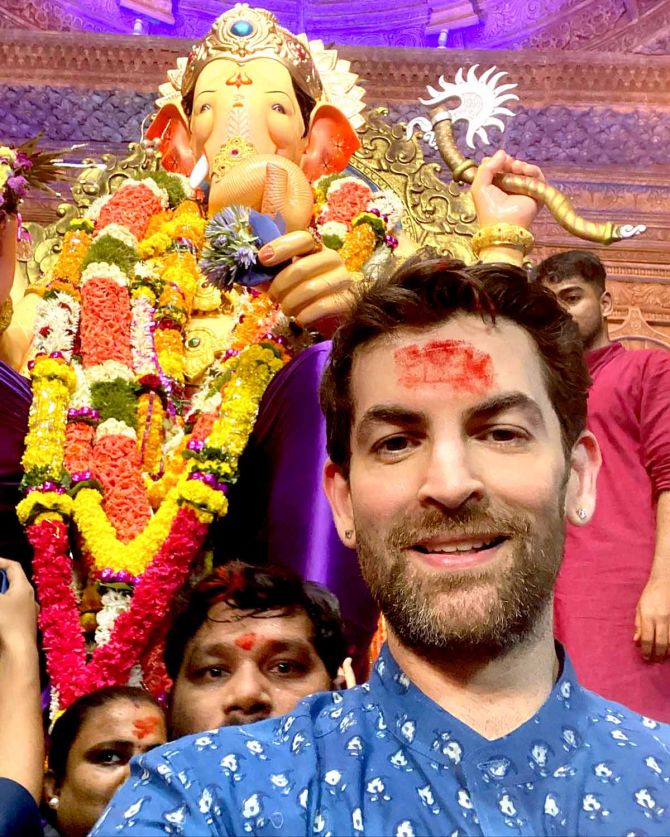 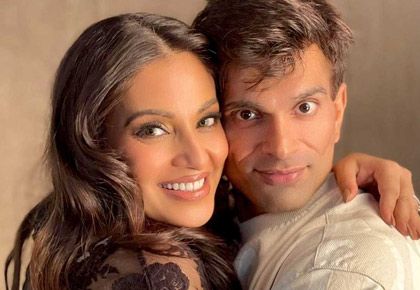