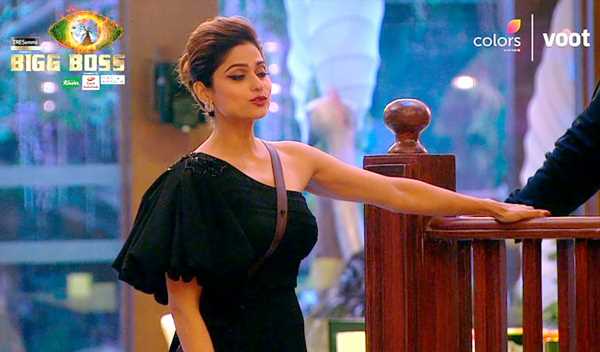 Karan Kundrra clarifies he’s not in the game to play with someone’s heart.

Salman Khan welcomes Shamita Shetty back on the show on Weekend Ka Vaar. She straightaway gets down to business by levelling certain accusations against the housemates, which they try to justify.

Once Shamita is done, arguments break out among the contestants.

Later, she approaches Jay Bhanushali and tells him that she’s always there for him as a friend. 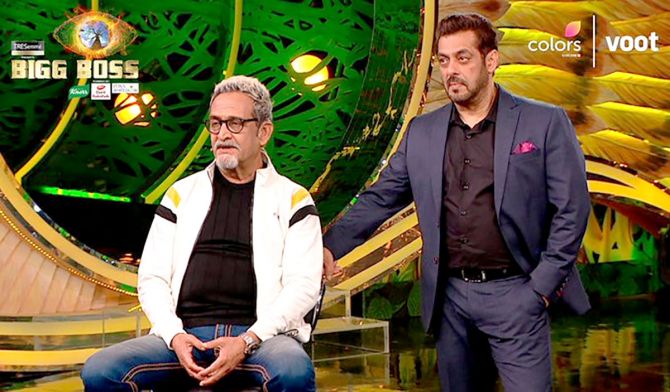 Then, Marathi Bigg Boss host Mahesh Manjrekar graces the stage. He and Salman get into a friendly banter before Manjrekar greets the contestants.

The veteran actor-director gives feedback to everyone and tells them where they are going wrong.

Mahesh advises Jay to not be image-conscious and asks Simba Nagpal to wake up and do something on the show.

He tells Neha Bhasin to move on from OTT and also points to Tejasswi that she’s not always right.

He tells Shamita that the house cannot function according to her and praises Rajiv Adatia for being entertaining.

Umar Riaz is told that he’s always in doubt and Pratik Sehajpal that he should learn to stop interfering in everything.

Manjrekar, who’s directing Salman in his next film Antim: The Final Truth, interacts with the wild card contestants too. 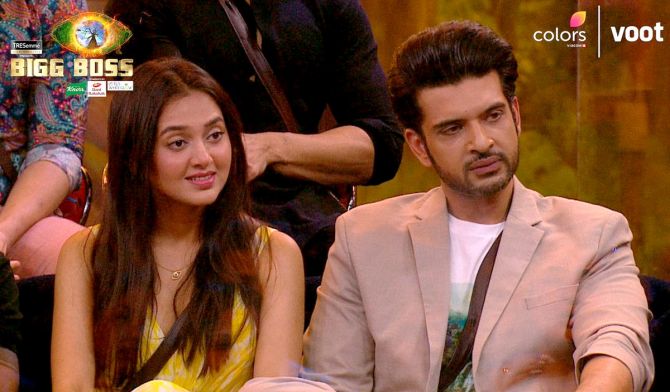 Tejasswi and Karan are the first ones to get questioned by the media. When a journalist asks if the love angle is their strategy to survive in the house, they deny it and say they never thought they would find someone special in the house.

Karan states he’s not here to play with someone’s heart.

Next, a journalist tells Karan that though everyone loves his chemistry with Tejasswi, he is not doing anything else on the game show. Karan defends himself saying he’s navigating such a situation for the first time and is therefore taking time to react and play the game.

Tejasswi is asked why she never voices her opinion first and always takes a stand only when everyone else does.

She replies that she doesn’t like investing her energy in every fight and takes a stand only when she feels it’s necessary for her to do so.

The media moves onto Vishal and questions his brotherly loyalty towards Shamita. He is asked why he discusses Shamita’s family behind her back and why he made an unpleasant remark about Raqesh Bapat after he left the house.

Vishal explains himself and apologises to Shamita if his remark hurt her. But he makes it clear that everything he said was just for fun. 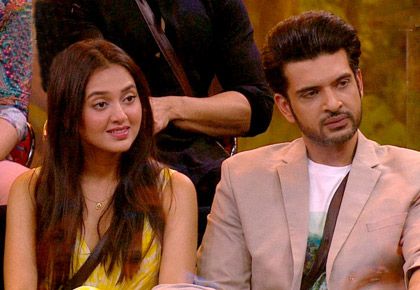